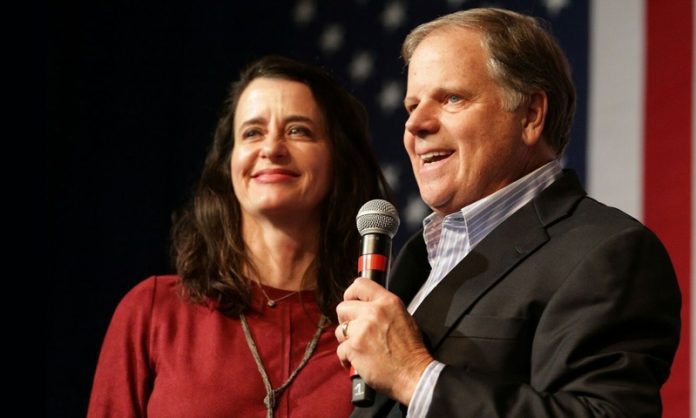 Senator Doug Jones of Alabama said Wednesday, December 30, 2020, that he is quarantining after his wife tested positive for COVID-19. In a video posted to Twitter, Jones expressed regret that he would miss the vote to potentially override President Trump’s veto of the National Defense Authorization Act.

“I worked really hard on the NDAA & I was hoping that my last vote in the Senate would be to override Trump’s veto,” Jones, a Democrat and member of the Senate Committee on Armed Services tweeted Wednesday. “But my wonderful running mate Louise tested positive so I am quarantining & taking care of her. She’s not feeling too good but is ok, as am I with a negative test.”

Jones is nearing the end of his time in the Senate, which began after he defeated Republican Roy Moore, who was accused of sexual misconduct, in 2017.

The NDAA is a must-pass defense policy bill that Congress votes on annually and has approved for decades in a row. It has broad bipartisan support.

“Colleagues in Washington, please, please vote to override that veto,” Jones said in his video. “It is so important for the security of this country, for our armed services, for the men and women in uniform, for the people of Alabama that we’ve worked so hard for for the last three and a half years.”

Senate Majority Leader Mitch McConnell has said he’ll push for a floor vote to complete the override of Mr. Trump’s veto after the House voted to override it Monday. The president vetoed the legislation largely due to his frustrations with social media companies that are unrelated to the defense policy bill.