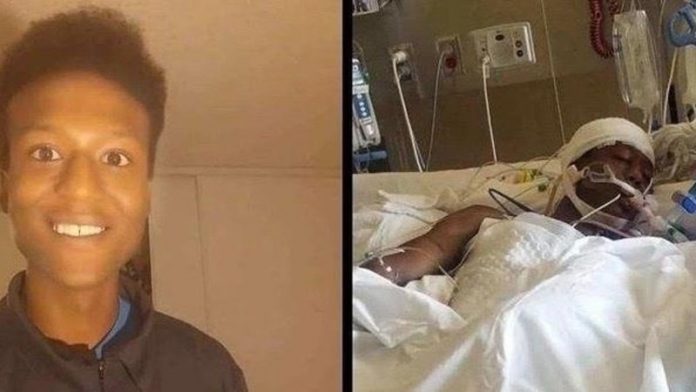 A federal court has refused to halt the discovery of evidence in the civil lawsuit against Aurora for the death of Elijah McClain, even though the state attorney general has opened a grand jury investigation into the matter.

“The plaintiffs here are family members of a dead young man. Elijah McClain’s family deserves answers to the questions of why he died and whether anyone or any entity is to be held to account,” wrote U.S. Magistrate Judge N. Reid Neureiter in a Jan. 29 order.

The federal complaint against the city and its employees who interacted with McClain prior to his 2019 death, including more than a dozen police officers and medical personnel, alleges that negligence, excessive force, and failure to intervene amounted to murder. McClain, 23, was walking home at night on Aug. 24, 2019, when Aurora Police Department officers forcibly restrained him using a chokehold and Aurora Fire Rescue paramedics involuntarily injected him with “a massive dose of ketamine,” according to the amended complaint.

McClain, who was unarmed and not suspected of a crime, lost consciousness and died less than a week later. The district attorney at the time declined to criminally charge anyone, but following racial justice protests in the summer of last year, Gov. Jared Polis assigned Attorney General Phil Weiser the task of investigating McClain’s death.

U.S. District Judge Daniel D. Domenico, who is handling the civil case, referred to Neureiter the requests from Aurora to separate the claims against the city from those of its employees and to stop the discovery of evidence. Domenico also directed Neureiter to evaluate what effect the Jan. 8 announcement that Weiser would open a grand jury investigation might have on the civil lawsuit.

The defendants argued that allowing the civil case and the grand jury to proceed simultaneously could affect the employees’ constitutional right against self-incrimination.

“Here, the civil and criminal proceedings involve precisely the same issue — whom, if anyone, is directly or indirectly responsible for Mr. McClain’s death. The civil and criminal proceedings, therefore, overlap considerably, directly and potentially implicate the Fifth Amendment rights of the Individual Defendants who are likely to be subpoenaed by the Attorney General’s Office,” wrote attorneys for Aurora and the individual employees.

Lawyers for McClain’s family countered that the case should not be slowed down, given its national profile and the fact that it involves accusations of misconduct against government officials.

Neureiter agreed with the plaintiffs.

“[T]he Court can take judicial notice that this case has received widespread attention locally, state-wide, and nationally. The public, too, has a strong interest in knowing the answers to the same difficult questions being posed by Mr. McClain’s family,” he wrote. “It is not in the interest of the public or in the interest of justice to ‘put on the back burner’ discovery in a case that raises significant questions about the City of Aurora’s policing and paramedic practices.”

The defendants had also argued that continuing the case may ultimately waste resources if the city employees ultimately receive qualified immunity and have the claims against them dismissed. Qualified immunity is a judicial doctrine that shields government employees from liability absent a violation of clearly-established constitutional rights. The defendants contended that if the court found no constitutional violation, there could be no claim against the city for its policies and practices.

Neureiter, however, dismissed that narrative as “not an accurate reflection of the law.” He quoted from a 2020 ruling from the U.S. Court of Appeals for the 10th Circuit that determined municipalities may be liable when “the sum of multiple officers’ actions taken pursuant to municipal policy results in a constitutional violation.”

“The wheels of justice turn slowly in any event,” Neureiter concluded, “but issuing the requested stay would cause those wheels to simply grind to a halt, delaying for months or even years the process of answering those important questions.”

Mari Newman, a partner at Killmer, Lane & Newman who represents the McClain family, agreed that an assertion of qualified immunity was not sufficient to put the case on pause, and decried the city of Aurora for throwing up procedural barriers, in her words, to the lawsuit.

“It doesn’t take a rocket scientist to figure out that the Constitution prohibits stopping an innocent young man who’s walking home, tackling him and physically torturing him for over 15 minutes,” she said.

A spokesperson for Aurora said the city could not comment on pending litigation. Protesters refocused attention on McClain’s death after the death of George Floyd in Minneapolis last May, prompting an international outcry against the slayings of Black men and women by law enforcement.

McClain’s family last month filed an amended complaint, and consequently, Newman did not expect there to be a ruling on qualified immunity soon.