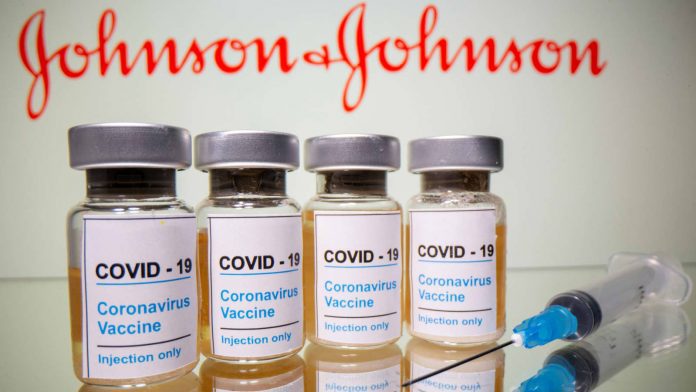 On Tuesday, March 2, 2021, the U.S. Conference of Catholic Bishops urged Catholics to avoid taking the Johnson & Johnson coronavirus vaccine and to choose alternatives from Pfizer or Moderna instead because Johnson & Johnson used cells derived decades ago from an abortion to create the vaccine.

The bishops’ recommendation follows a similar one from the Archdiocese of New Orleans last week and a recommendation from a Food and Drug Administration expert panel over the weekend approving the Johnson & Johnson shot. “The archdiocese must instruct Catholics that the latest vaccine from Janssen/Johnson & Johnson is morally compromised as it uses the abortion-derived cell line in development and production of the vaccine as well as the testing,” the Archdiocese of New Orleans said in a statement Friday.

The latest guidance from the U.S. Conference of Bishops and the Archdiocese of New Orleans conflicts with the Vatican and Pope Francis, who has been aggressively pro-vaccine. Last December, the Vatican approved the use of vaccines “that have used cell lines from aborted fetuses in their research and production process,” adding it’s “morally acceptable,” although the pope has yet to specifically address the Johnson & Johnson vaccine.

As some houses of worship host vaccination centers, the advice could affect distribution efforts in New Orleans and drive people away from the single-dose vaccine as health officials urge Americans to take whichever doses are available.

“If you go to a place and you have J&J, and that’s the one that’s available now, I would take it,” Anthony S. Fauci, the nation’s top infectious-disease doctor, said on NBC’s “Meet the Press.” “I think people need to get vaccinated as quickly and as expeditiously as possible.”

There is a long-standing debate in the Catholic Church over accepting vaccines and treatments that use fetal tissue, centering on HEK293 cells, which are cloned from an aborted fetus from the early 1970s, according to Religion News Service. The cells used now, such as those used in the Johnson & Johnson vaccine, are not from the original fetal tissue.

In the case of the coronavirus vaccines, the Vatican said they “can be used in good conscience” given the severity of the pandemic and since the vaccine’s connection to the original abortion is remote. Pope Francis took the Pfizer vaccine, and last month the governor of Vatican City said employees who don’t take a vaccine could be sanctioned or fired.

While the Archdiocese of New Orleans said it agreed with the Vatican’s approval of the Moderna and Pfizer vaccines because they only used the cloned stem cells for testing, it singled out Johnson & Johnson’s vaccine for using the cells in manufacturing as well.

Per the Vatican’s advisory late last year, a vaccine that is “produced” with those cells is admissible. But the Archdiocese of New Orleans disagreed.

“We advise that if the Moderna or Pfizer vaccine is available, Catholics should choose to receive either of those vaccines rather than to receive the new Johnson & Johnson vaccine because of its extensive use of abortion-derived cell lines,” the statement says.

Some Catholic clergy have gone further. Bishop Joseph E. Strickland in Tyler, Tex., has tweeted repeatedly that Catholics should not take any of the three vaccines.

“The fact remains that ANY vaccine available today involves using murdered children before they could even be born,” he tweeted in January. “I renew my pledge … I will not extend my life by USING murdered children. This is evil WAKE UP!”

Fetal tissue from abortions has been essential to scientific research for decades. Researchers have used it to help find treatments for a wide range of illnesses, including Ebola and cancer. It has also been crucial for studying the immune system.

The treatment Donald Trump used when he contracted covid-19 was tested using human cells. Trump endorsed its use, despite suspending federal funding for similar scientific research in 2019.

The Johnson & Johnson vaccine offers a strategic advantage to a vaccine rollout as demand continues to outweigh supply. Not only does the one-shot dose allow for quicker and more widespread inoculations, but it can also be stored in a regular refrigerator for months.

So far, Louisiana has administered nearly 690,000 first doses of coronavirus vaccines, covering almost 15 percent of the state’s population. More than 385,000 people have been fully vaccinated in the state, according to The Posts’s vaccine tracker.