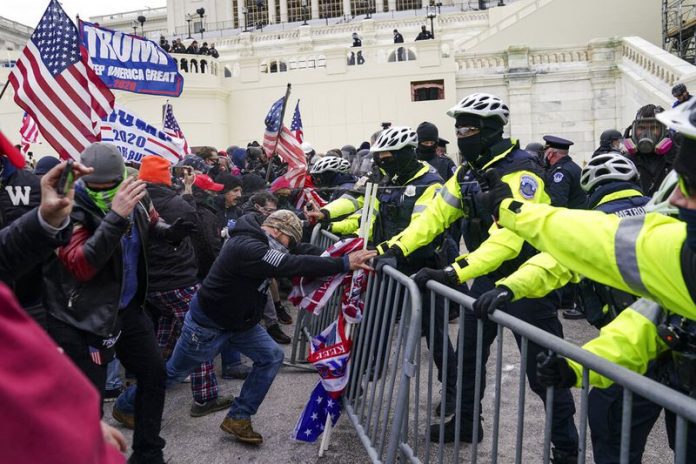 A U.S. Capitol police officer has died Thursday, January 6, 2021, after yesterday’s violent confrontations between cops and supporters of President Donald Trump, according to reports. It is alleged the police officer was beaten by a fire extinguisher.

It is the fifth fatality reported after hundreds of Trump loyalists violently broke their way into the U.S. Capitol seeking to stop the certification of the election of Joe Biden.

The death of the officer was first reported by CNN who said it was confirmed by two Capitol Police sources. The cause of death is not known.

It came as the chief of the Capitol Police submitted his resignation on Thursday night after Nancy Pelosi and the union representing his officers called for him to step aside, following the total failure to protect Congress on Wednesday.

Steve Sund, appointed to the role in June 2019, will step down on January 16 – four days before Joe Biden’s inauguration.

His resignation came after that of the Sergeant at Arms, Paul Irving – whose job it is to protect the House.

Four other deaths have stemmed from Wednesday’s unrest.

One woman was fatally shot by Capitol Police as she breached the building. Three others died after suffering medical emergencies.

This is a breaking story and will be updated.