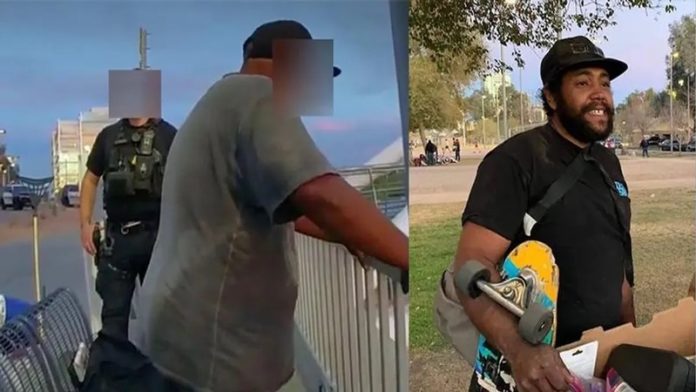 A man drowned in an Arizona lake as police officers stood by and allegedly ignored his pleas for help, according to a bodycam transcript of the interaction.

Police officers were responding to a reported disturbance between a couple near the Elmore Pedestrian Bridge in Tempe on May 28 when one of the people jumped into the lake, the local station News 12 reported.

Sean Bickings, 34, and his partner denied that any physical altercation had occurred when officers arrived just after 5 a.m. 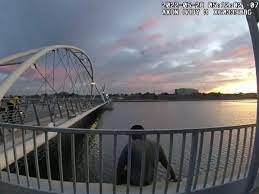 The officers then told the couple that they were running their names to check if either had any outstanding arrest warrants when Bickings climbed over a four-foot fence toward the water and dove in, bodycam footage obtained by News 12 shows.

The cops told Bickings that he was not allowed to swim in the lake as they stood on the other side of the fence.

Bickings can be seen taking a few strokes out from the shore as one officer asks the others, “How far do you think he is going to be able to swim?” before the video ends. Tempe police didn’t release the entire video of the incident because they said the drowning itself was too sensitive, according to News12, and instead provided a transcript of the footage.

In the transcript, Bickings tells the officers he’s drowning and they tell him to swim over to the pylon and grab hold of it to keep himself afloat.

“Come back over to the pylon,” one officer responded.

“Okay, I’m not jumping in after you,” the other officer said.

Bickings’ partner also pleads with the officers to do something to help him.

“I’m just distraught because he’s drowning right in front of you and you won’t help,” she said.

One of the officers threatens to put her in his police car if she doesn’t calm down, according to the transcript.

The woman replies that she was trying to calm herself but was getting emotional because she loved Bickings and cared deeply about him.

At least one officer attempted to get a boat to rescue Bickings, but it was too late.

Bickings went under the water’s surface and drowned.

It’s unclear how much time passed between him entering the water and drowning. His body was recovered from the lake hours later at 11:20 a.m.

Scottsdale police and the Department of Public Safety are investigating the incident and police response.

The three police officers who responded to the disturbance call and witnessed the drowning have been placed on paid administrative leave pending the investigation, according to News12. 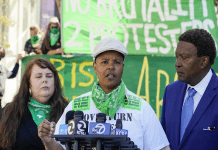 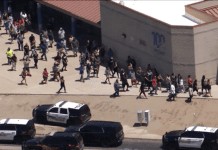 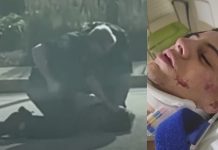 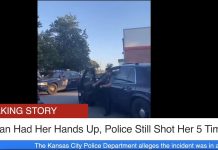