Mike Bennett started his career producing records for the likes of Toyah Wilcox, The Fall, Bad Manners, wishbone Ash as well as writing for the likes of Ian Brown and Emerson Lake and Palmer.

Simultaneously he worked as a scriptwriter for The Muppets, Rik Mayall, Children’s ITV, Baywatch and The word for Channel 4 Ben various projects have appeared on American Stations such as Adult Swim and K Roq.

Bennett’s latest project is a trio of short films that combine his comedic writing with his musical sensibilities and combined production ethos.

The three films fit into the comedy-horror genre. The first film is a macabre body of work set in a laundromat.

The macabre tragicomedy revolves around a nasty piece of work called “Matt From The Laundry.” The main character has a reason for his poor behavior, which is a direct result of an intrinsically unfortunate relationship with his late Yummy Mummy.

One day the police find out that Matt has done unspeakable things in the service wash by stealing inappropriate items from the locals washing lines.

This behavior is not unlike Sid Barrett’s character Arnold Lane from The Pink Floyd classic.

His various Machiavellian endeavors cause mayhem in the community who live just shy of Blackpool Pier.

Of course, he gets banged up in the local penitentiary, and on release, his seedy sister Creep Suzzete plans to kill him and turn him into detergent for commercial purposes.

Death by tumble dryer would be a way to describe the dastardly deed.

Once she has turned him into the washing compound, she names it “Pink Sunshine” after the famous Billboard smash by Fuzzbox.

It was the new reworking of this classic song that reunited Mike with legendary producer and arranger Steve Etherington. 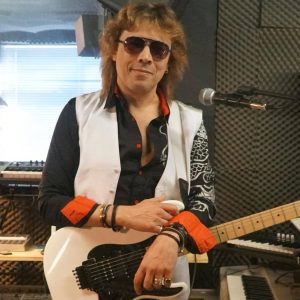 Etherington has worked with artists such as The Drifters, The Temptations, The Tramps, Mungo Jerry, Lulu, Leee John, Glen Matlock, C&C Music Factory, Angie Brown, Rozalla, & Jackie Graham to name but a few.

“Steve and I wrote for a plethora of West End and regional shows but always slightly left of center with a mix of dark and high camp, never intentionally but, it came out like that. Pier Pressure is no exception.

First up is ‘Laundry Matt’, but then we took five actors over to Hollywood and Huntington Beach where we filmed a vegan vampire B movie style entitled ‘Back to Drak.’

The Rubettes, featuring John, Mick, and Steve, perform a track called ‘Vinyl,’ which is 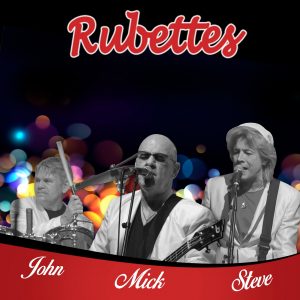 paramount to the film which is set in the oldest record store in California and run by an individual named Drak.

Drak was the muse for this short film which is a part of a trilogy, each working as short stand-alone art house film but combine to form the feature ‘Pier Pressure.’

Each film takes place by a pier, and the linkman of all the movies is a head in a glass case called Ed Case.”

“I guess to some extent ‘Tales From The Crypt’ had that kind of format with the crypt keeper. However, this is very much its own beast” He explained that Ed is the kind of guy you find Blackpool Pier circa 1927.

Explaining Ed, Bennett says that he is manipulative and has a shrill and somewhat sinister laugh that is as amusing as it is intimidating.

“Back to Drak” was a nightmare to make. This guy claimed to be a director of photography and flew to the UK from California on the premise of being a seasoned professional, and then he quit.

Luckily Philip Peel, the director who had bailed this guy out on the first film handled it with a high degree of professionalism.

However, he was thrown in the deep end and, understandably was underwhelmed initially.

What we were left with was something where the drama surrounding the film was actually more interesting than the film itself.

It was decided to combine the two, making a kind of Drakumentary.

Our private phrase for this piece is Spinal Drak. It’s that whole thing of making something from nothing or subscribing to the success against adversity model. It’s coming on a treat but still obviously in the editing process.”

Mike then went on to explain that the third film “The Birdman of Bognor” will be in production on the pier of Bognor Regis in November 2019.

“It is a macabre piece of work and set in Victorian times and highlights all the hypocrisy surrounding Victorian values, the class system, and the different socio-economic issues of the day.

‘The Birdman of Bognor’ is a legendary thing, for every year people jump off the pier to win the coveted title.

However, ‘The Birdman of Bognor’ in my screenplay is a remix of reality centered around a man who will do anything for fame.

The protagonist is formed into a man who is half-bird and half-human. This poor greedy soul gets picked up in a freakshow which is not dissimilar to The Human Menagerie in his 1930s Epic Freaks.

In this one, Steve and I are doing the score in its entirety.

The music will be authentic and from a Victorian perspective.

One should expect lots of Music Hall, which is not as light-hearted as one might initially imagine and will be very dark.

You only have to listen to the scores of early Edwardian and Victorian melodrama to realize that they are depicting and denoting a great deal of dark subject matter while embracing the good old-fashioned British sarcasm while commenting on the class system and the socio-economic climate of the time.

Steve pulls out all the stops here as he is a multi-instrumentalist and uses his instruments to quite literally tell a story which needs minimal dialogue.

There is almost an element of the silent film in this one, well certainly in sections. I know it is a cliché, but sometimes less is more in dialogue, and narrative can be heavily punctuated by music and reinforced by musical interludes and stings.

When the arranger and screenplay writer comes from the same place, it can come together very well indeed, and I find the faster it works, the better it comes out.

Too many deliberations can actually trip up a project I think. However, I feel that it is just personal to me.

It is great to be working with Etherington on this even though we are in the early stages. The way it starts is with a conversation, and then it morphs until it’s got more twists and turns.

The material for the Popes and Shane McGowan, with Steve, will be featured throughout the entire movie but particularly in ‘The Bird Man of Bognor,’ albeit probably an instrumental Victorian remake.

That stuff was mad and frenetic, so to hear it completely stripped to the bare bones is going to be rather interesting.”

It’s great to hear that these two guys are working closely after a sabbatical when they might move to America for a while. Mike explains the future plans of this trilogy of trepidation.

“We have spoken to the fantastic Troma Films, and it looks like we have great things happening with them.

Being a great believer in collaborations and coproductions, we are also in discussions with the incredible High Flyer films based at Pinewood Studios.

The soundtrack itself has members of Spacemen 3, Spiritualised, Wishbone Ash, and the Rubettes featuring John, Mick, and Steve.

Fuzzbox makes a star appearance alongside Christine Sugary Staple, Dr. Neville Staple of The Specials fame, Jennie Bellestar once of the incredible Bellestars, and some great newcomers such as Donna Lloyd, Kurt Walsh, and the amazingly talented Camilla Nash.

It’s been a hell of a journey, and I guess it’s all about continuing to push the creative envelope and creating a spark of surprise.” 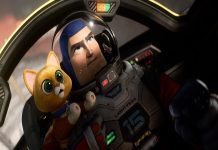 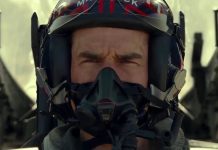 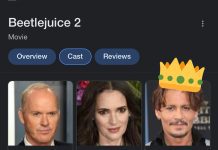 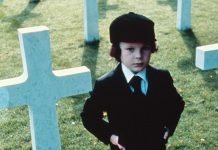