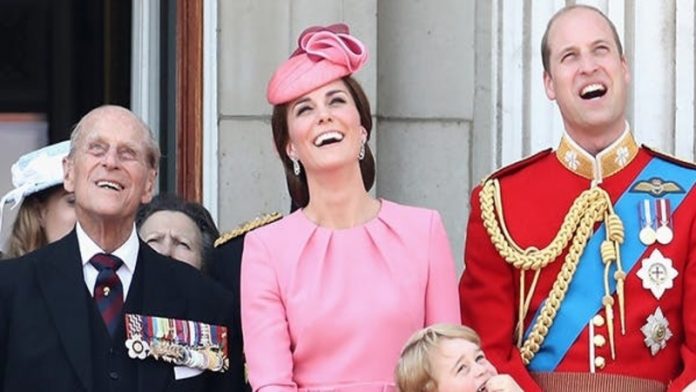 Prince William and Catherine, the Duchess of Cambridge have issued a statement in response to the death of Prince Philip.

Expressing their sadness and sharing their condolences with the Queen, their statement read: “It is with deep sorrow that Her Majesty The Queen has announced the death of her beloved husband, His Royal Highness The Prince Philip, Duke of Edinburgh. His Royal Highness passed away peacefully this morning at Windsor Castle. The Royal Family join with people around the world in mourning his loss. Further announcements will be made in due course.”

Prince Philip’s death was announced on Friday, April 9, 2021, in a statement from Buckingham Palace.

The Queen and her husband had spent much of 2020 and 2021 in isolation due to the coronavirus pandemic. They had been living together at Windsor Castle, although Philip did spend a stint at the King Edward VII hospital in London in February. While the palace said he was in “good spirits”, the Duke remained in hospital for one month for observation and rest. His doctor was said to be acting “with an abundance of caution”.

Prince Philip retired from royal duties in 2017, but still made occasional appearances alongside the Queen and other members of the royal family, including attending Prince Harry and Meghan Markle’s wedding in May 2018 – with a cracked rib – and Princess Eugenie and Jack Brooksbank’s wedding later that year in October.

He enjoyed relatively good health in his later years, even managing to escape unscathed after a car accident in January 2019 near the Sandringham Estate. While the passenger in the other car was injured, Philip was “shaken” by the incident but physically unhurt.

His death has left an enormous gap in public life and that of the Queen, who he was married to for over 73 years. “He was the eyes and ears of the Queen, going places and finding facts that she couldn’t do herself,” says one former courtier.

In recognition of his unique position, his wife created him a Prince of the United Kingdom and in 1968 she gave him Britain’s highest honour the Order of Merit. She had already declared that he had “place, pre-eminence, and precedence” next to herself on all occasions and at all events.

Author Tim Heald once asked what epitaph the Duke would wish for – what he would like to be inscribed on his grave. Philip replied: “I am not really interested in what goes on my tombstone. I will be dead by then and not deeply concerned about what people may think.” After some thought, he added: “I don’t take myself all that seriously.”