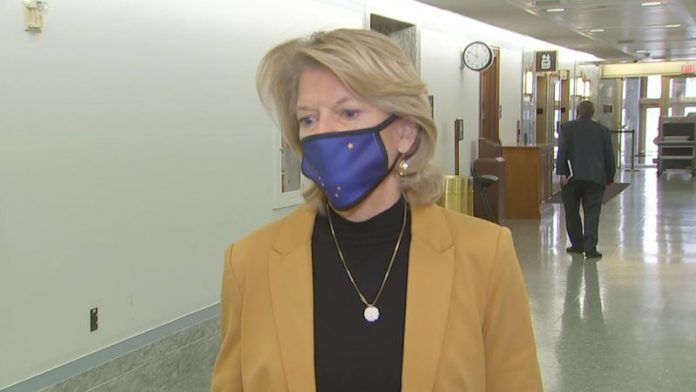 The White House is withdrawing its planned nomination of Elizabeth Klein to become deputy secretary at the Interior Department amid opposition from Alaska Republican Sen. Lisa Murkowski.

Klein, who worked at Interior during the Obama administration, was among five women named by then-President-elect Joe Biden to serve as deputy secretaries in the Biden administration. But she was never formally nominated and now won’t be, a White House spokesman said Tuesday.

Instead, Biden is expected to name Tommy Beaudreau, another former Obama-era Interior official, to be deputy secretary, according to two people familiar with the president’s thinking. They spoke on condition of anonymity because they were not authorized to speak publicly about a nomination that has not occurred.

Beaudreau is a former Interior Department chief of staff and served as the first-ever director of the Bureau of Ocean Energy Management, an agency created after the disastrous BP oil spill in the Gulf of Mexico in 2010.

Just as important, politically, is that Beaudreau grew up in Alaska and is politically close to Murkowski, a former chair of the Senate Energy and Natural Resources Committee who holds great sway over oil drilling, endangered species, and other Interior Department issues.

Beaudreau’s appointment is widely seen as an attempt to win favor from Murkowski, a moderate who is one of the few Senate Republicans willing to side with Democrats on contentious issues. Murkowski voted to convict former President Donald Trump during his second impeachment trial, opposed Supreme Court Justice Brett Kavanaugh, and helped shut down the Republican effort to repeal the Affordable Care Act.

Murkowski’s office did not respond to requests for comment, but two people familiar with the matter said Murkowski was concerned that the progressive Klein would not be a sufficient counterweight to new Interior Secretary Deb Haaland, a liberal former congresswoman who has criticized the oil and gas industry.

Murkowski was one of four GOP senators who voted in favor of Haaland, the first Native American Cabinet head but said she “struggled” with her decision, citing Haaland’s views on oil drilling and other resource development.

“Alaska’s prosperity is directly linked to decisions made by Interior,″ Murkowski said.

Beaudreau is currently a lawyer in the Washington office of Latham & Watkins and a member of the firm’s Environment, Land & Resources Department. He took over the agency that oversees offshore oil and gas drilling in 2010, despite having no oil and gas industry experience.

He told E&E News in a 2013 interview that growing up in Alaska, where his family moved when he was a child, was crucial to his new role.

Klein also served at Interior during the Obama administration, working on renewable energy and climate change. Most recently, she was deputy director of the State Energy and Environmental Impact Center at the New York University School of Law.