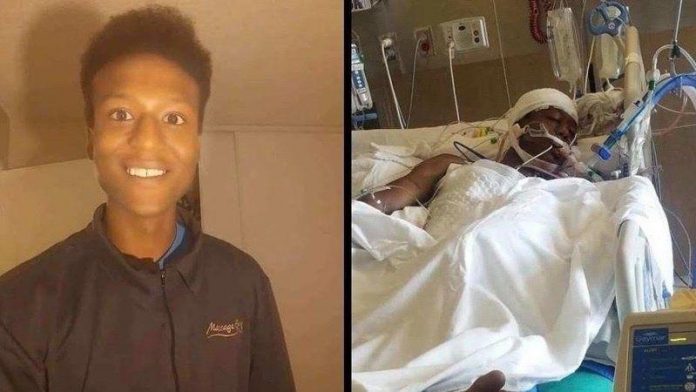 The death of George Floyd in Minneapolis has drawn many comparisons to the death of Elijah McClain in Colorado.

However, while Floyd’s family finally received justice on Tuesday, McClain’s family is still awaiting the results of a grand jury investigation into Elijah’s death.

“Honestly, if there hadn’t been a conviction, in this case, I would have been stunned,” said Mari Newman, the attorney representing Elijah McClain’s father, Lewayne McClain, reacting to the Derek Chauvin guilty verdict.

Community activists who have been pushing for justice in the McClain investigation say they were on pins and needles awaiting the verdict in the trial.

“I was walking back and forth. I was pacing. I was standing up. I was sitting down,” said Lindsay Minter, an activist who has organized many protests and rallies in support of the McClain family.

Minter hopes that the verdict in the Derek Chauvin trial will ultimately have some kind of impact on the McClain investigation.

Minter says McClain’s case has long been connected to George Floyd. In fact, she says Floyd’s death motivated many to take an interest in Elijah McClain.

“The original organizers and I were like, no one is showing up. I shut down a city council meeting. We protested. We did everything. We were in the streets, and no one was paying attention, and then George Floyd happened, and everyone started paying attention,” she said.

Suddenly, Minter says the crowds started to show up, demanding justice not only for George Floyd but for Elijah McClain.

“I think there’s a lot of ways they’ve been intertwined,” added Newman.

Newman says it’s been difficult for Lawayne Mosley, Elijah’s father, to watch Floyd’s trial unfold, because it hits so close to home.

“On the one hand he’s very gratified to see there’s some kind of accountability for George Floyd’s murder and his heart goes out to that family, but nothing brings George Floyd back, just like nothing brings Elijah back,” Newman said.

In November 2019, the then 17th judicial district attorney ruled no officers would be charged in McClain’s death.

However, in January, the Colorado attorney general opened a Grand jury investigation into the case.

There is no estimated timeline as to when the investigation may be complete.