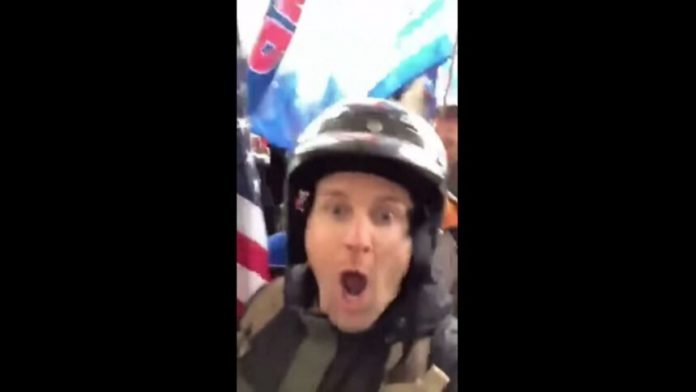 A Republican West Virginia state lawmaker resigned Saturday as he faces charges of entering a restricted area of the U.S. Capitol after he live-streamed himself with rioters.

In a statement Saturday, Evans said he takes full responsibility for his actions, adding that he deemed it best for him to resign at this point to “focus on my personal situation and those I love.”

“I take full responsibility for my actions, and deeply regret any hurt, pain or embarrassment I may have caused my family, friends, constituents and fellow West Virginians,” said Evans.

Ken Kohl, a top deputy federal prosecutor in Washington, announced the case against Evans on a call in which he presented dozens of new charges against people allegedly in the crowd that violently stormed the Capitol on Wednesday.

Evans, 35, appeared before a federal judge in Huntington, W.Va., after being arrested Friday afternoon. If convicted, he faces up to a year and a half in federal prison for two misdemeanors: entering a restricted area and disorderly conduct.

Federal Magistrate Judge Cheryl Eifert released him on his own recognizance. Wearing a hoodie and a face mask, Evans did not answer reporters’ questions as he left the courthouse and quickly got into a vehicle.

His lawyer, John Bryan, said late Thursday that the lawmaker was acting as an amateur journalist recording the day’s events when he entered the Capitol and that he was not involved in violence.

“He’s a fine man. And thank you, Mr. Trump, for inciting a riot at the White House,” a woman identifying herself as Evans’ grandmother told reporters as her grandson was being taken into custody.

Legislators from at least seven other states traveled to Washington to back Trump and protest the counting of electoral votes confirming Democrat Joe Biden’s victory.