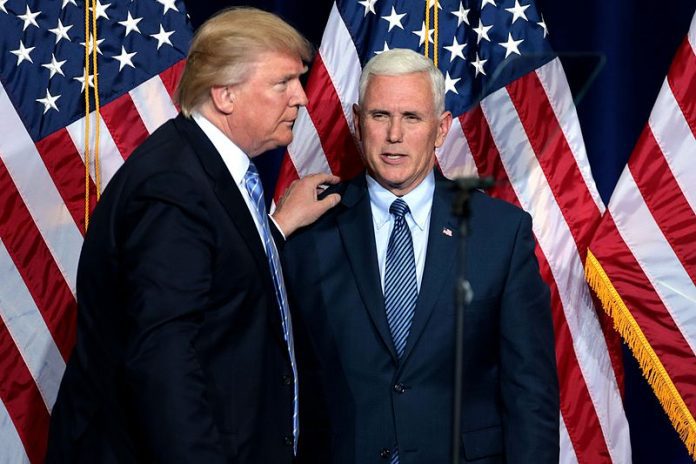 CNN is reporting Vice President Mike Pence has not ruled out an effort to invoke the 25th Amendment and wants to preserve the option in case President Donald Trump becomes more unstable, a source close to the vice president says.

The source said there is some concern inside Pence’s team that there are risks to invoking the 25th Amendment or even to an impeachment process, as Trump could take some sort of rash action putting the nation at risk.
For now, the source said Pence and his advisers hope to provide a bridge to the next administration and do as much as possible to assist President-elect Joe Biden’s team in preparing for dealing with the coronavirus pandemic.
But, the source cautioned, it has become clear this week that it is necessary to keep the 25th Amendment option on the table based on Trump’s actions.