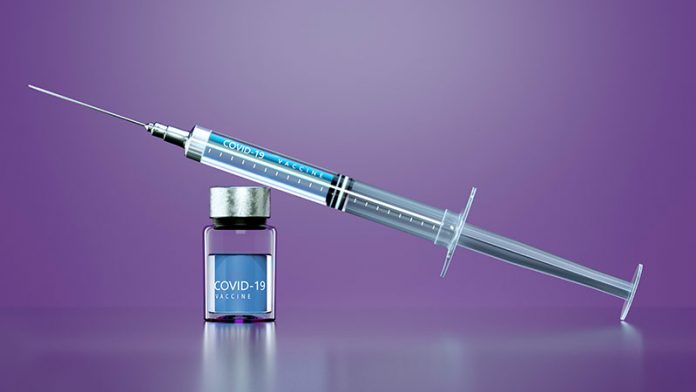 Russian intelligence agencies have mounted a campaign to undermine confidence in Pfizer Inc.’s and other Western vaccines, using online publications that in recent months have questioned the vaccines’ development and safety, U.S. officials said.

An official with the State Department’s Global Engagement Center, which monitors foreign disinformation efforts, identified four publications that he said have served as fronts for Russian intelligence.

The websites played up the vaccines’ risk of side effects, questioned their efficacy, and said the U.S. had rushed the Pfizer vaccine through the approval process, among other false or misleading claims.

Though the outlets’ readership is small, U.S. officials say they inject false narratives that can be amplified by other Russian and international media.

“We can say these outlets are directly linked to Russian intelligence services,” the Global Engagement Center official said of the sites behind the disinformation campaign. “They’re all foreign-owned, based outside of the United States. They vary a lot in their reach, their tone, their audience, but they’re all part of the Russian propaganda and disinformation ecosystem.”

In addition, Russian state media and Russian government Twitter accounts have made overt efforts to raise concerns about the cost and safety of the Pfizer vaccine in what experts outside the U.S. government say is an effort to promote the sale of Russia’s rival Sputnik V vaccine.

“The emphasis on denigrating Pfizer is likely due to its status as the first vaccine besides Sputnik V to see mass use, resulting in a greater potential threat to Sputnik’s market dominance,” says a forthcoming report by the Alliance for Securing Democracy, a nongovernmental organization that focuses on the danger that authoritarian governments pose to democracies and that is part of the German Marshall Fund, a U.S. think tank.

The foreign efforts to sow doubts about the vaccine exploit deep-seated anxieties about the efficacy and side effects of vaccines that were already prevalent in some communities in the U.S. and internationally. Concern about side effects is a major reason for vaccine hesitancy, according to U.S. Census Bureau data made public last month.

“It’s nonsense. Russian special services have nothing to do with any criticism against vaccines,” Mr. Peskov said in a telephone interview from Moscow. “If we treat every negative publication against the Sputnik V vaccine as a result of efforts by American special services, then we will go crazy because we see it every day, every hour, and in every Anglo-Saxon media.”

The State Department GEC official said that four publications had direct links to Russian intelligence and were used by the Russian government to mislead international opinion on a range of issues.

New Eastern Outlook and Oriental Review, the official said, are directed and controlled by the SVR, or Russia’s foreign intelligence service. They present themselves as academic publications and are aimed at the Middle East, Asia, and Africa, offering comments on the U.S.’s role in the world. The State Department said in an August report that New Eastern Outlook was linked to “state-funded institutions” in Russia.

Another publication, News Front, is guided by the FSB, a security service that succeeded the KGB, the official said. It is based in Crimea, produces information in 10 languages, and had nearly nine million page visits between February and April 2020, the official added. In August, the State Department was less explicit, saying that News Front reportedly had ties to Russia security services and Kremlin funding.

Rebel Inside, the fourth publication, has been controlled by the GRU, which is an intelligence directorate of the Russian Armed Forces General Staff. It covered riots and protests and now appears dormant, the GEC official said.

The State Department had previously not gone so far as to say that these outlets were controlled or guided by Russian intelligence agencies—an assertion that generally relies on U.S. classified intelligence.

A State Department spokesman didn’t provide specific evidence linking the publications to Russian intelligence but said the assessment was “a result of a joint interagency conclusion.”

“Russian intelligence services bear direct responsibility for using these four platforms to spread propaganda and lies,” the spokesman said. “From the very beginning of the Covid-19 pandemic last year, we have seen Russia’s disinformation ecosystem develop and spread false narratives around the crisis.”

Highlighting reports in the international media, a January article in News Front played up the risk that a person who receives the Pfizer or Moderna Inc. vaccines could contract Bell’s palsy, in which facial muscles are paralyzed, while a February article focused on a man in California that it said tested positive for Covid-19 after receiving the Pfizer vaccination.

n each case, the Russian outlets were repeating actual news reports but overlooking contrary information about the general safety of the vaccine. Numerous studies and real-world data have shown the Food and Drug Administration-approved vaccines to be safe and effective, and hospitalizations and deaths have begun to plummet in places like Israel where shots have been widely administered, though a small number of side effects have been reported.

“To date, millions of people have been vaccinated with our vaccine following the endorsement of regulators in multiple countries,” said Pamela Eisele, a spokeswoman for Pfizer, who added that individuals who have questions should consult the Centers for Disease Control and Prevention website or their healthcare provider.

A spokeswoman for Moderna didn’t immediately respond to a request for comment.

A November article in New Eastern Outlook said that the Pfizer vaccine’s use of mRNA gene editing was “radical experimental technology” that lacked “precision” and said it was rushed through the approval process with the help of billionaire philanthropist Bill Gates and Anthony Fauci, President Biden’s chief medical adviser for the Covid-19 pandemic, both of whom the article accused of “playing fast and loose with human lives in their rush to get these experimental vaccines into our bodies.”

Some New Eastern Outlook articles have been republished by blogs and purported international news sites. One article from January alleged that the U.S. has biological labs around the world that may lead to outbreaks of infectious disease. The article was republished in full or part by websites in Bangladesh, Italy, Spain, France, Iran, Cuba, and Sweden, which were reviewed by The Wall Street Journal.

The U.S. has long accused Moscow of carrying out disinformation on medical issues. Judy Twigg, a professor at Virginia Commonwealth University who is an expert on global health issues, said that the Soviet KGB had accused the CIA of spreading dengue fever in Cuba and malaria in Pakistan.

“A persistent KGB campaign claimed that the U.S. Army’s former biological weapons labs at Fort Detrick had unleashed the AIDS epidemic,” she said. Soviet officials denied responsibility for this disinformation.

Thomas Rid, an expert on Russian disinformation at Johns Hopkins University who reviewed the websites cited by the State Department, said the articles were generally in line with Russia’s “rich history” of using communications technology to deceive both international and domestic audiences. He urged the U.S. government to do more to publicly explain how it has concluded the websites are controlled by specific Russian intelligence agencies.

With Russia and China seeking to sell their vaccines abroad, overt efforts to denigrate Pfizer have been well documented. The forthcoming German Marshall Fund report, which was reviewed by the Journal and is to be issued Monday, analyzed more than 35,000 Russian, Chinese and Iranian government and state media tweets on vaccine themes from early November to early February. “Russia provided by far the most negative coverage of Western vaccines.” it states, “with a remarkable 86% of surveyed Russian tweets mentioning Pfizer and 76% mentioning Moderna coded as negative.”