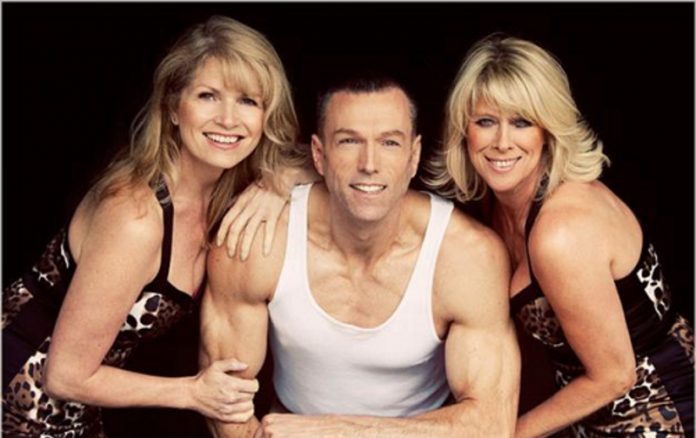 The government says it tried to secure better conditions for UK touring musicians during the Brexit negotiations, but its proposals were rejected by the EU.

The comments come in response to a petition – signed by stars like Ronan Keating, KT Tunstall, Gary Kemp, and Tim Burgess – calling for visa-free travel around Europe for artists and crews.

The petition, which has now amassed more than 200,000 signatures, will be debated in parliament, the government confirmed.

From January 1, 2021, the free movement of people between the UK and the EU will end. Touring musicians and their technical crews will face new rules and could be subject to additional visa costs and paperwork.

Music bosses have said that entire tours could now be at risk, as a result.

What Does The Deal Say?

Whereas previously UK nationals were able to move around the EU freely, from this Friday they will need a visa for stays of longer than 90 days in a 180-day period, and there will be restrictions on their activities.

While three months will probably be enough to cover most bands’ European tours, matters may be complicated by the fact there are different rules in place in different EU countries. The likes of Spain, Italy, and Denmark, for example, require additional work permits.

“Short-term visitors to the EU can continue to join business meetings, receive training, and attend sporting and cultural events, amongst other permitted activities, without requiring a visa,” a government spokeswoman told the BBC on Wednesday.

“Some member states may allow other types of business travel visa-free, so people should check the rules of the country they are traveling to.”

She added: “The UK pushed for a more ambitious agreement with the EU on the temporary movement of business travelers, which would have covered musicians and others, but our proposals were rejected by the EU.

“We recognize that there could be some additional processes for those working in creative industries, but we have ensured that the visa application processes for longer-term business travel will be transparent to provide certainty and clarity.”

After the deal was announced last week, Labour MP Thangam Debbonaire said touring visa provisions should have been part of the agreement.

What Is The Industry Calling For?

The music industry contributes around £5.8bn to the UK economy. Live music accounted for about 20% of that figure in 2019, although the industry has been decimated by the coronavirus pandemic this year.

Reacting to the news last week, UK Music, a lobbying group that represents the industry, said it “welcomed” the securement of a Brexit deal.

Chief Executive James Njoku-Goodwin, however, did go on to stress that the government “now needs to ensure the ability of our workforce to move freely around Europe”.

“Our understanding from analysis of the trade agreement is that the main barriers for musicians in the short term will be work permits, which could vary from territory to territory, and costly carnets [permits] for movement of instruments and equipment,” said Trubridge.

“We have been calling for a reciprocal arrangement,” he added. “We understand that EU-based performers and crew will want to work here, by including the UK on an international tour for example, and many of our members rely heavily on working in EU countries. It is extremely disappointing that no such arrangement has been agreed upon.

“We will continue to work with the UK Government to try to secure an acceptable agreement. Given the massive impact of the Covid-19 crisis on the UK music industry, this is another devastating blow.”

Freelance camera director and live video tech engineer Tim Brennan, who started the aforementioned petition, stated that touring “will become impossible due to cost and time if we do not have visa-free travel”, across the 27 member states, as well as a “carnet exception for touring equipment”.

Coronavirus is likely to prevent artists from touring and promoting their wares in the early part of 2021 anyway, but going forward, visa regulations and carnets could present some practical problems.

Psych-pop singer, and BBC Radio 6 Music favorite, Jane Weaver, is used to setting off in the tour van with her band and their gear from her home in Stockport, and driving around the continent “without any particular checks” and without getting stopped.

“The thought of not being able to do that… It’s very crushing – to not have that freedom,” she told the BBC.

With her new album, Flock, due out early next year, Weaver is determined to remain upbeat and to play gigs as soon as is safely possible, but she believes life is becoming ever harder for her and her musical peers.

“I just think musicians are chronically devalued and the information that everybody’s bandying about needs to be very clear because there’s going to be loads of mental health issues coming out with the fact that we can’t tour anyway because of lockdown.

“We’re not get paid properly by Spotify, and now we can’t tour the rest of Europe because we can’t make money,” she added.

“It’s pretty depressing, I just refuse to let myself feel completely doomed about it, and I think that we’ve got to find some kind of way.”

South London post-punk rock band Shame is optimistically booked in to appear at festivals in Europe next summer, such as Barcelona’s Primavera Sound.

They delayed the release of their forthcoming second album, Drunk Tank Pink until the possibility of a UK tour (albeit a socially distanced one) was in-sight.

Having driven to France and back in one day for a gig years ago, to save money early on, they said they are concerned for new bands who may have added costs to consider from January.

“The tragedy is – although everything is very tough at the moment, we are still very fortunate that we’ve got a label, we’ve got a booking agent and because of our previous years of relentless touring, we have some sort of experience and knowledge.”

He added: “It is a necessity to push forward, to do all those festivals, and to think of all the people who are just starting out who might not have the opportunity because they can just about scrape the money to get over to Paris or whatever, but they can’t afford the visas on top of it.”

Merchandise, Steen continued, is also “crucial” these days. For non-established acts it is “sometimes the only way to break even or make any money at all when touring”, he said.

“Any carnet/visa required will definitely affect the merch you’re able to bring and sell, and will cause even more of a financial strain.”