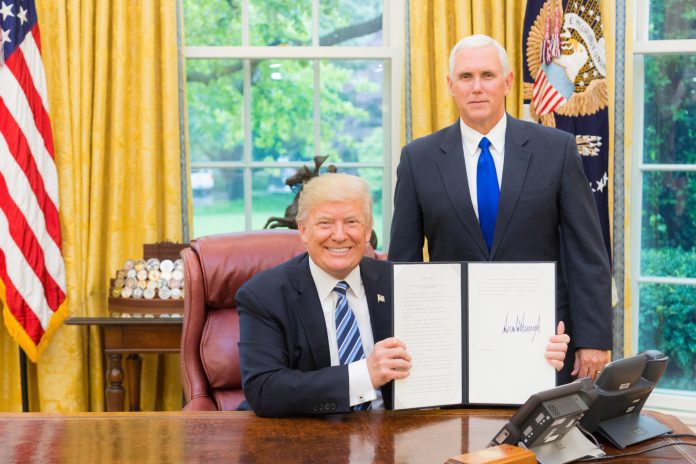 President Donald Trump announced his latest task force to handle the “Opening the Country Council.” According to CNN, the announcement came as the White House has scrambled to figure out how to re-open the government during a pandemic that has significantly increased the unemployment numbers.

“The details of the committee have already changed several times in recent days,” CNN reported that one official told them. “Who will participate and what they will look to do remains fluid even though Trump said he will formally announce the council Tuesday.”

A person in close contact with the White House described it as “a mess right now.”

There have been multiple task forces created by Trump to deal with the crisis. The “Opening the Country Council,” doesn’t have any economists, public health officials or doctors among the group.

“Inside the West Wing, the new panel is viewed as a counterbalance to the health-focused task force, particularly as Trump weighs whether to lift mitigation recommendations by May 1 — a move that he hopes will lead to a ‘reopening’ of the country,” said CNN. “Officials have been trying to tamp down the formality of the second task force, hinting that it won’t meet regularly like the one focused on public health does.”

The group appears to be dominated by White House staff and headed by new chief of staff Mark Meadows, who joined the White House last month.