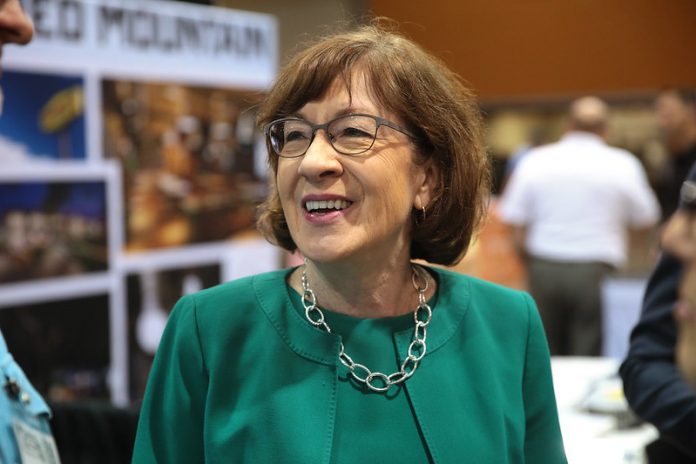 The White House is still refusing to give Congress a reason for firing Intelligence Community Inspector General Michael Atkinson, as required by law, missing a deadline set by a bipartisan group of senators.

A group of eight senators, including Republican Sen. Chuck Grassley, wrote President Trump a letter on April 8 demanding he explains in detail his decision to fire Intelligence Community Inspector General Michael Atkinson to reassure Congress it was “not for reasons unrelated to [his] performance.” Otherwise, the decision could threaten the integrity of what are supposed to be independent overseers of government agencies, they wrote.

The White House did not respond to a request for comment.

While it’s not uncommon for the executive branch to be tardy in responding to demands for information from Congress, the issue of preserving independence within the inspector general system has recently garnered more attention than is typical.

On April 3, Trump dismissed Atkinson, whose role turning over a whistleblower complaint to Congress on the president’s communications with Ukrainian officials earned him enemies in the White House. He also chose to remove the acting Pentagon Inspector General Glenn Fine, who had just been appointed chairman of the federal panel overseeing Congress’s $2 trillion coronavirus stimulus package and threatened to remove additional independent overseers.

“President Trump’s note to Congress didn’t provide a proper explanation that satisfied the minimal protections watchdogs enjoy,” McCullough wrote. “This removal stinks of political retaliation, and it’s the White House’s duty to convince us otherwise. Unfortunately, given the reported circumstances in this case, I’m not sure they can.”

Grassley, the senator from Iowa, has long pushed for whistleblower rights and has used his power to hold up presidential appointments within the intelligence community, for example, to put pressure on agency officials to provide answers on how they protect whistleblowers. That job has become more complicated to accomplish in a bipartisan way following the Democratic-led impeachment process that was kicked off by a whistleblower complaint from inside the intelligence community, leading to criticism on both sides that the inspector general was being weaponized for politics.

Regardless of specific concerns about individual inspectors general or problems with the system of whistleblower protection, President Trump’s decision to clean house has pushed lawmakers to seek additional accountability. Seeking further information about the president’s decision, as well as thoroughly vetting whoever he chooses to replace Atkinson and Fine, will be a vital next step.

“Deadlines in letters are often missed,” wrote Dan Meyer, a managing partner at law firm Tully Rinckey and the former head of the whistleblowing and source protection program at the Inspector General of the Intelligence Community in an email to Yahoo News.

The “critical question,” Meyer continued, is whether the White House will work with Congress on getting new appointees through the confirmation process. “The Senate and House have only a few tools to use in these situations. Sitting on the President’s appointments, not letting them go to confirmation, is one of them.”