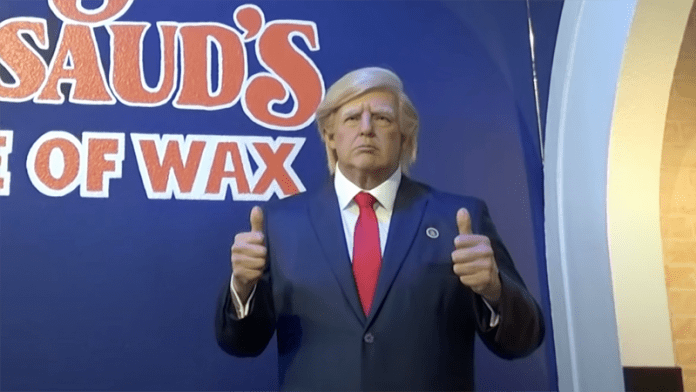 The decision to put the figure in storage came after patrons at the wax museum kept punching and scratching it, Clay Stewart, a regional manager for Ripley Entertainment, told the San Antonio Express-News.

“Our wax figures will need repairing from time to time, ranging from Hollywood celebrities to political figures,” Suzanna Smagala-Potts, public relations manager for Ripley Entertainment which owns Waxworks, told USA TODAY in a statement. “When a wax figure has been damaged, we will remove the figure from public display and send it to our talented team of artists for repair.”

It’s not uncommon for wax figures to be damaged by customers over time as part of the normal wear and tear seen in these interactive museums. But patrons’ political ideologies could come into play when they’re face-to-“face” with the wax replicas of former presidents.

Figures of George W. Bush and Barack Obama also have been attacked by members of the public in the San Antonio Museum, including multiple incidents where the ears were ripped off Obama’s replica, Stewart told the Express-News.