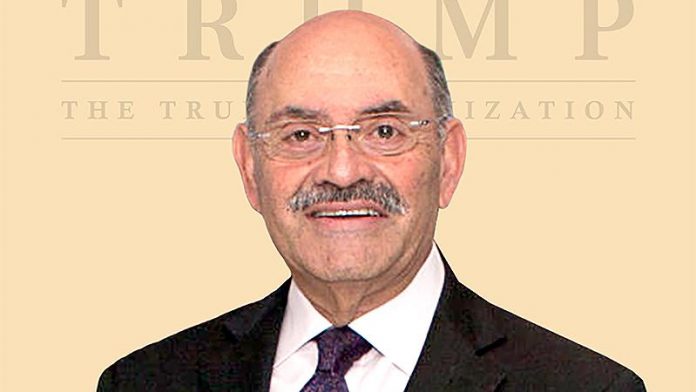 Donald J. Trump’s long-serving chief financial officer, Allen H. Weisselberg, surrendered on Thursday to the Manhattan district attorney’s office as he and the Trump Organization prepared to face charges in connection with a tax investigation, people with knowledge of the matter said.

The exact charges were not yet known. Prosecutors were expected to unseal an indictment later in the day against Mr. Weisselberg and the Trump Organization, the real estate business that catapulted Mr. Trump to tabloid fame, television riches, and ultimately, the White House.

Mr. Weisselberg, accompanied by his lawyer, Mary E. Mulligan, walked into the Lower Manhattan building that houses the criminal courts and the district attorney’s office about 6:20 a.m. He is expected to appear in court in the afternoon along with representatives of the Trump Organization.

The charges against the Trump Organization and Mr. Weisselberg — whom Mr. Trump once praised for doing “whatever was necessary to protect the bottom line” — emerged from the district attorney’s sweeping inquiry into the business practices of Mr. Trump and his company.

As part of that inquiry, the prosecutors in the office of the district attorney, Cyrus R. Vance Jr., had been examining whether Mr. Weisselberg failed to pay taxes on valuable benefits he and his family received from Mr. Trump, including private school tuition for at least one of his grandchildren, free apartments and leased cars.

The prosecutors, who are also working with lawyers from the office of the New York State attorney general, Letitia James, have also investigated whether the Trump Organization failed to pay payroll taxes on what should have been taxable income.

Ms. Mulligan declined to comment on her client’s surrender. A representative of the Trump Organization could not immediately be reached for comment.

Mr. Trump was not expected to face charges Thursday. But an indictment of the company that carries his name strikes a blow to the former president just as he has resumed holding rallies. Even if Mr. Trump parlays the charges into some immediate good will from his supporters — he has denounced the investigation as political persecution — he could the face the costly distraction of a trial if he attempts to mount another presidential campaign.

The charges also could strain his company’s finances and jeopardize its relationship with business partners who had stood by the Trump Organization even after the Jan. 6 Capitol riot, which prompted a backlash against the former president.

Mr. Trump won the presidency by portraying himself as a political outsider with the business acumen to shake up Washington. But the company whose name he made famous on his reality television show, “The Apprentice,” might eventually be associated as much with criminal charges as it is with the hotels and golf courses that bear his name. If the company is found guilty, it could face fines or other penalties.

Mr. Trump mentioned the investigation only in passing during a Fox ​News town hall appearance Wednesday. As he listed his history of legal battles, he said, “New York radical left prosecutors come after me.”

The broader investigation into Mr. Trump and his company’s business practices is continuing. The prosecutors have been investigating whether Mr. Trump and the Trump Organization manipulated property values to obtain loans and tax benefits, among other potential financial crimes, The New York Times has reported.

The indictment follows months of an increasing pressure campaign on Mr. Weisselberg to offer information that could help that inquiry. Prosecutors had subpoenaed Mr. Weisselberg’s personal tax returns and bank records, reviewed a raft of his financial dealings and questioned his ex-daughter-in-law — all part of an effort to gain his cooperation.

An accountant who began his career working for Mr. Trump’s father nearly a half-century ago, Mr. Weisselberg has served as the Trump Organization’s financial gatekeeper for more than two decades and recently ran the business with Mr. Trump’s adult sons while Mr. Trump was in the White House.

Famously hard-working — he once said he took “no vacations” — Mr. Weisselberg gained an unparalleled view into the inner workings of the company and its bare-knuckled brawls with business partners. Mr. Weisselberg “knows of every dime that leaves the building,” Corey Lewandowski, a former Trump campaign official, wrote in the book he co-authored, “Let Trump Be Trump.”

Lawyers for Mr. Weisselberg, who is 73 years old, and the Trump Organization could not immediately be reached for comment. Mr. Trump has long attacked Mr. Vance’s investigation as a partisan “witch hunt.” Earlier this week, he called the fringe benefits that his company provided to employees “things that are standard practice throughout the U.S. business community, and in no way a crime.”

Now that he faces charges, Mr. Weisselberg still could cooperate with the prosecutors. If he ultimately pleads guilty and strikes a deal, he could do considerable damage to Mr. Trump, who for decades has depended on his unflinching loyalty, once declaring with “100 percent” certainty that Mr. Weisselberg had not betrayed him.

The two started working together closely in the late 1970s, with Mr. Weisselberg putting in time on nights and weekends to handle projects for Mr. Trump, the ambitious son of his boss, Fred Trump. Mr. Weisselberg said in a 2015 deposition that he had been helping with Mr. Trump’s tax returns since at least the 1990s, when Mr. Trump made him the organization’s chief financial officer.

Mr. Weisselberg has remained steadfastly loyal to the company even as his own name surfaced during congressional and federal investigations into Mr. Trump. While Mr. Weisselberg was never a target of those investigations, he has long been a central focus of the district attorney’s inquiry, which began in August 2018.

Mr. Weisselberg was not the only senior company executive to receive similar perks. Until 2018, when the company reined in the benefits, it provided a number of employees with Mercedes-Benzes.

Those types of benefits are generally taxable, though there are exceptions, and the tax rules can be murky.

Even if Mr. Weisselberg declines to cooperate, the charges represent a major milestone for Mr. Vance, a Democrat who twice beat Mr. Trump at the U.S. Supreme Court in a battle to obtain the former president’s tax records. That victory reinvigorated the investigation, touching off months of grand jury subpoenas and witness testimony.

Of all the investigations that have loomed over Mr. Trump and his inner circle in the past few years — two impeachments, one special counsel inquiry into ties with Russia and criminal charges against a half dozen former aides — only Mr. Vance’s case has reached into the top rungs of the Trump Organization and taken aim at the company itself.

Still, the stakes remain high for Mr. Vance. Although he is not seeking re-election after three terms, the district attorney has faced criticism in the past for treading lightly with other powerful defendants. The Trump investigation will arguably be the most enduring part of his legacy.

When Mr. Vance’s office opened its broader investigation, it began with an examination of hush-money payments made during the 2016 presidential campaign to two women who said they had affairs with Mr. Trump. In particular, the prosecutors scrutinized how the company accounted for $420,000 it gave Michael D. Cohen, Mr. Trump’s former personal lawyer, partly as reimbursement for money he paid to buy the silence of one of the women, Stormy Daniels, a pornographic film actress who said she had an affair with Mr. Trump.

Mr. Cohen is cooperating with Mr. Vance’s investigation, which grew out of 2018 federal charges against him.

In congressional testimony two years ago, Mr. Cohen pinned blame on Mr. Weisselberg, saying that he had helped devise a strategy to mask the Trump Organization’s reimbursements to Mr. Cohen.

In his final days in office, Mr. Trump was said to have considered pardoning Mr. Weisselberg, but ultimately did not do so. Federal prosecutors never accused Mr. Weisselberg of wrongdoing.

For years, Mr. Weisselberg kept a low profile at the Trump Organization, often eclipsed by his bombastic boss. One of Mr. Weisselberg’s rare moments in the spotlight came during a cameo as a judge on “The Apprentice,” in which he discussed dog grooming.

Mr. Weisselberg’s family has also long been entwined with Mr. Trump. One of Mr. Weisselberg’s sons, Barry, has been the manager of Trump Wollman Rink in Central Park, and another son, Jack, works at Ladder Capital, one of Mr. Trump’s biggest lenders.

Mr. Vance’s office has subpoenaed Ladder Capital and spoken to some of its employees about the lending process, according to people with knowledge of the matter. There has been no indication that prosecutors suspect either of Mr. Weisselberg’s sons of wrongdoing.

Prosecutors have also questioned Mr. Weisselberg’s former daughter-in-law, Jennifer Weisselberg, who is in the midst of a contentious court battle with her ex-husband, Barry, over custody of their children.

Ms. Weisselberg has said that prosecutors had asked her about the tuition payments as well as gifts Barry Weisselberg received from Mr. Trump, including an apartment on Central Park South and several cars that were leased for him.