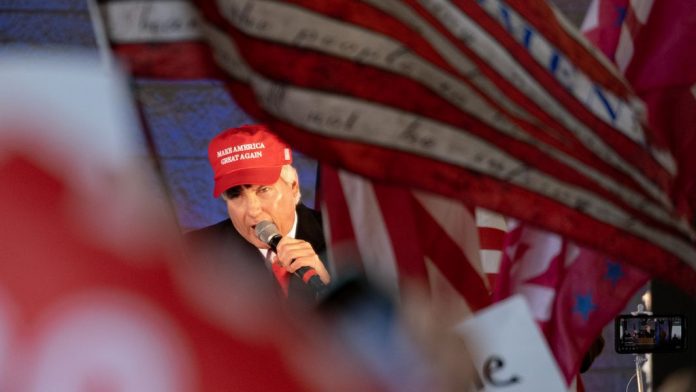 On Wednesday, December 30, 2020, pro-Trump attorney Lin Wood took to Twitter to attack Chief Justice John Roberts, suggesting a wild conspiracy theory that he may have been involved in, or had advance warning of, Justice Antonin Scalia’s death in 2016.

“You are recorded discussing Justice Scalia’s successor before date of his sudden death,” said Wood. “How did you know Scalia was going to die?”

For good measure, Wood also threw in allegations based on the QAnon hoax: “Are you a member of any club or cabal requiring minor children as initiation fee?” 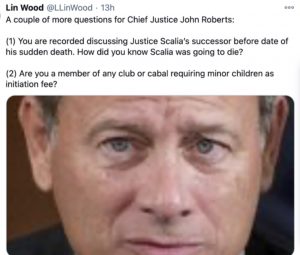 This is not the first time Wood has directed his ire at Roberts, who has repeatedly refused to intervene in the ballot counting process in states. Last week, he tweeted a demand for Roberts to resign.

Wood, who has represented a number of high-profile right wing clients and has been involved in unsuccessful lawsuits alleging voter fraud in the 2020 election, has increasingly aggravated even members of President Donald Trump’s campaign with his behavior — particularly his suggestion that Republicans should boycott the Georgia Senate runoffs to ensure the incumbents’ loyalty to Trump.