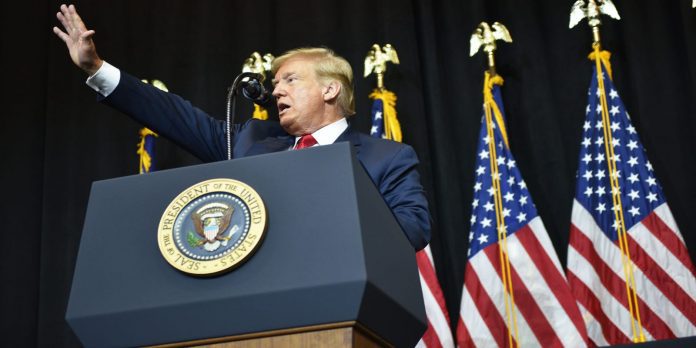 Donald Trump on Tuesday announced a wave of lame-duck pardons, including two for men who pleaded guilty in Robert Mueller’s investigation, as well as ones for Republican allies who once served in Congress and military contractors involved in a deadly shooting of Iraqi civilians.

The pardons of former campaign aide George Papadopoulos, former US congressmen Duncan Hunter and Chris Collins, and the four Blackwater guards involved in the Iraq massacre kick off what is expected to be a flurry of pardons and commutations in the coming weeks as Trump concludes his term.

Also included in the batch announced on Tuesday are Alex van der Zwaan, the Dutch lawyer who was sentenced to 30 days in jail after pleading guilty to lying to Mueller investigators; two border patrol agents convicted in 2006 of shooting and wounding an unarmed undocumented immigrant and then covering it up, and several people convicted of non-violent drug crimes serving lengthy sentences.

The pardons came at the recommendation of Trump allies in Congress and, in some cases, the conservative media. Many of the non-violent drug offenders were recommended for clemency by Alice Johnson, the former federal inmate whose sentence Trump commuted at the urging of Kim Kardashian West.