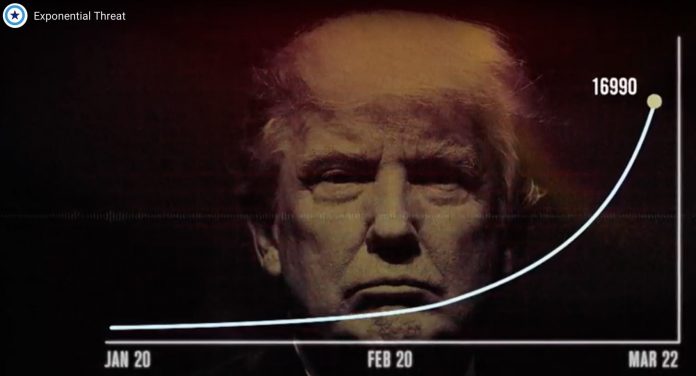 President Donald Trump campaign has launched a lawsuit against a Wisconsin NBC station after it aired an advertisement critical of the federal government’s coronavirus response.

The lawsuit was posted on the Trump campaign website on Monday, April 13, 2020. The advertisement was created by Priorities USA political action committee.

According to the Trump campaign, the advertisement is misleading because it claims Trump called the coronavirus a “hoax.”

“WJFW- NBC has perpetrated a fraud on the public by recklessly broadcasting PUSA’s defamatory and false advertisement, which WJFW-NBC knew or should have known was produced through the use of technology that depicted a clearly false statement,” lawyers for the Trump campaign wrote in the court filing.

Earlier this month, CNN refused to air a Trump campaign ad attacking Democratic presumptive presidential nominee Joe Biden after finding that it is “rife with deceptive images and audio clips.”