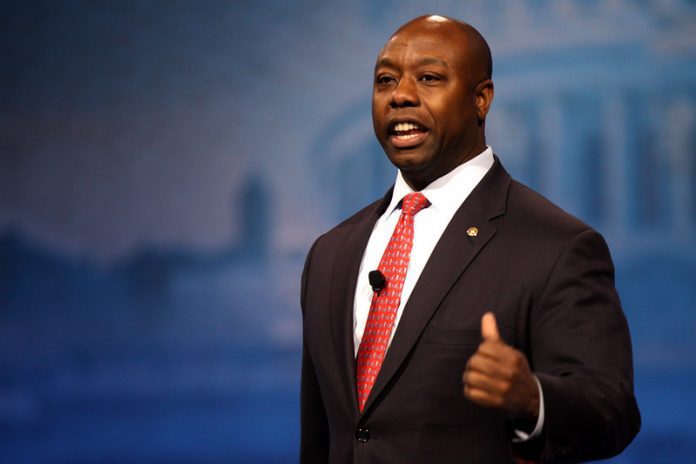 “We face serious challenges on multiple fronts, but I am as confident as I have ever been in the promise and potential of America,” Scott said in a statement. “I look forward to having an honest conversation with the American people and sharing Republicans’ optimistic vision for expanding opportunity and empowering working families.”

Scott, 55, has served in the U.S. Senate since 2013 and has been seen by party operatives as a potential presidential contender — or at least a lawmaker ready for a more prominent national profile. He recently visited Iowa for an event with Iowa Republican Senator Joni Ernst.

Scott is in the midst of talks with House and Senate Democrats about legislation to revamp federal policing policy, with talks in recent days focused especially on details of potential changes to “qualified immunity,” or whether a police officer or agency may be sued for actions taken on the job.

Scott has close ties to many aspects of the GOP: He was appointed to the Senate by former South Carolina governor Nikki Haley in 2012, another potential 2024 candidate. He also endorsed Senator Marco Rubio’s 2016 presidential bid but maintained a cordial working relationship with President Trump, even as he spoke out several times in response to comments or actions taken by the president.

In 2019, when Trump criticized the late Representative Elijah Cummings and called the congressman’s hometown a “disgusting, rat and rodent-infested mess,” Scott struck back.

“I think anytime you leave the impression, intended or not, that you’re targeting vulnerable people, I say, ‘God have mercy on the party,'” Scott told The State newspaper at the time.

“He is both an outstanding Senator and a person who works tirelessly for the people of his great state, and the USA,” Trump said in a statement. “Strong on the Military, Law Enforcement, loves our Vets, protects our Second Amendment and our Borders.”

The response from the president’s opposing party is generally seen as a chance to highlight a rising political star. During the Trump administration, Michigan Governor Gretchen Whitmer and former Georgia gubernatorial candidate Stacey Abrams were among those who gave the Democratic response.

When President Obama was in office, then-South Carolina Governor Nikki Haley and Wisconsin Representative Paul Ryan, before he became Speaker of the House, were two of the GOP’s speakers.

The speech can present an opportunity to bolster a politician’s profile, but it’s not without risk. Then-Louisiana Governor Bobby Jindal’s rebuttal in 2009 was seen as a chance to introduce him to a national audience, but his speech was widely panned and led to questions about whether he was ready for the spotlight. Florida Senator Marco Rubio’s 2013 rebuttal speech is likely best remembered for his dry mouth and desperate need for a drink of water, which former President Trump mocked on the 2016 campaign trail.

The president’s first speech before Congress will be shaped by the coronavirus pandemic, making it different from past addresses delivered by his predecessors before a joint session. A Capitol official involved in the planning said the number of senators and House members in the chamber will be limited due to COVID-19 protocols, and lawmakers will be seated both on the House floor and in the gallery. House and Senate members will also not be allowed to invite guests, as they customarily are.

The joint session will be designated a National Special Security Event, with the Secret Service designated as the lead federal agency overseeing coordination, planning, and security.

White House press secretary Jen Psaki has said that Mr. Biden is “eager” to deliver his address and will likely discuss the economic recovery, combatting the coronavirus pandemic, the need for police reform, and addressing global challenges.