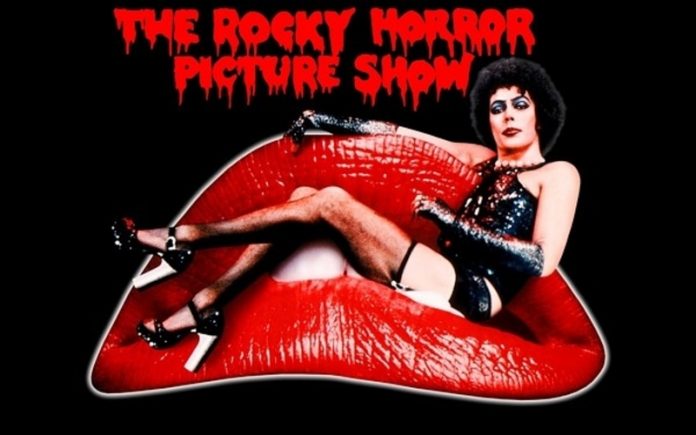 “I would like to take you on a strange journey.”

The late Charles Gray’s opening words as the criminologist narrator of “The Rocky Horror Picture Show” couldn’t be more apt. Since 1975, many, many have embraced this wild and wonderful confection that’s part campy musical, part horror, and all midnight movie.

For the uninitiated, “Rocky Horror” – a film version of creator Richard O’Brien’s stage show – stars Susan Sarandon and Barry Bostwick as Janet Weiss and Brad Majors, a couple of Midwestern squares waylaid by a blown-out tire. They venture to a nearby castle, where they find all manner of weirdness perpetrated by Dr. Frank-N-Furter (Tim Curry), a cross-dressing mad scientist from the planet Transsexual in the Transylvania galaxy.

The movie is an ode to old-school science fiction, Hollywood, and rock ‘n’ roll, as well as an exploration of sexual expression and gender fluidity. It’s also chock-full of catchy songs. To celebrate Friday, September 25, 2020’s 45th anniversary of “Rocky Horror,” we’re definitively ranking them all. (Fun fact: There’s not a stinker in the bunch.)

15. ‘Once in a While’
Bostwick’s solo tune, which Brad sings after he cheats on Janet with Frank and ponders their relationship – as Janet watches via a secret camera – got axed from the film’s final cut. (You can find it in the extras on various home-video releases.) It’s a fine song but definitely not up to snuff comparatively.

14. ‘Super Heroes’
A melancholic, space-rock number that appears only in the movie’s U.K. cut serves as an epilogue of sorts after a destructive finale where Brad and Janet take stock of what’s happened over the course of a life-altering night.

13. ‘Eddie’
At an awkward dinner, where cannibalism is on the menu, Brad and Janet’s college professor Dr. Everett Scott (Jonathan Adams) explains how he wound up at the castle, too: His juvenile-delinquent nephew Eddie (more on him in a bit) got caught up in Frank’s charms and sent him a bloody note for help. The best song in the musical that involves a teddy bear. (To be fair, there is only one.)

12. ‘Planet Schmanet, Janet’/’Planet Hot Dog’
“You better wise up, Janet Weiss,” Frank warns Sarandon’s heroine in a rollicking song in which he chases her around the castle before his evil plan is unveiled and the good guys are turned into statues. Plus, how can you not love the lyric “Don’t get hot and flustered/Use a bit of mustard” from a guy named Frank-N-Furter?

11. ‘The Sword of Damocles’
Rocky (Peter Hinwood), a blond and tanned muscle man created by Frank in his laboratory, runs around in gold briefs in his groovy “It’s alive!” moment as the not-so-good doctor screams and obsessively chases after him. “Oh! Woe is me! My life is a misery,” Rocky sings, although his is a spunky number accented by “Sha la la’s” from the Transylvanian chorus.

10. ‘Over at the Frankenstein Place’
After their car breaks down, Brad and Janet trudge through the rain and sing this hopeful and a little hymnal ballad about seeing a guiding light at the castle that will lead them to safety – not knowing yet what’s in store for them.

9. ‘I Can Make You a Man’
The Charles Atlas bodybuilding ads of yesteryear, where a bullied 90-pound weakling can turn himself around by hitting the gym, is the inspiration for Frank’s multilayered tune – with tinkling-piano verses taking turns with a swaggering chorus – that’s both an ode to hitting the weights as well as creating one’s own buff lover.

8. ‘Dammit Janet’
After attending a wedding of some friends at the beginning of the film, stuffed-shirt Brad and bouquet-catching Janet croon their love and devotion to each other – and get engaged! – and faux-walk down the aisle accompanied by strings and backup vocals from some sinister members of the church.

7. ‘I’m Going Home’
When Frank realizes the jig is up and he needs to go back to his planet, he sings this very emotional, Bowie-esque tune to say goodbye – although it won’t be a happy ending for the bisexual alien doctor.

6. ‘Hot Patootie – Bless my Soul’
In the movie’s second-best character introduction, ’70s rocker Meat Loaf dons denim and a tenor saxophone as delivery-boy biker dude Eddie, who breaks out of the deep freeze ex-lover Frank stuck him in for a rambunctious, ear-worming romp. It’s all good times until a jealous Frank grabs a pickaxe.

5. ‘Rose Tint My World’
The three-part epic begins with feather boas and garters galore as Frank dresses up our heroes for his climactic floor show, where the formerly conservative Brad and Janet each get a mini-monologue about being sexually released. An orchestral fanfare leads to “Don’t Dream It,” Frank’s ballad shouting out Fay Wray as a fashion icon, and after floating on a Titanic life preserver, the action shifts to the electric, high-kicking number “Wild and Untamed Thing.” Totally worth it to see Sarandon and Bostwick both rocking out in lingerie and high heels.

4. ‘Science Fiction/Double Feature’
The movie opens with an overture of sorts performed by a pair of disembodied lips that have become the signature “Rocky Horror” hallmark. Sung by O’Brien (who also stars as hunchbacked handyman Riff Raff), the quirky pop tribute to B-movies and serials includes many references that inform the movie’s narrative. (You may need to Google.)

3. ‘Touch-a, Touch-a, Touch-a, Touch Me’
Sarandon gets her time to shine with this sensual and peppy solo. Janet and Brad are put in separate rooms and both are seduced in the night by a shape-shifting Frank – in Janet’s case, losing her virginity. Sad and confused, she runs into an escaped Rocky and now has quite the sexual “itch to scratch.”

2. ‘Sweet Transvestite’
“I’m not much of a man by the light of day, but by night I’m one hell of a lover,” Curry’s Frank-N-Furter proclaims in his sassy, strutting piece of glam rock, throwing off his cloak, posing confidently in a corset and fishnets, and playfully breaking the fourth wall in one of cinema’s all-time entrances.

1. ‘Time Warp’
Exuberant and infectious, “Time Warp” has transcended the movie as a song that tells you how to do it right in the lyrics. In the movie, however, it’s a number with doughnuts, tap dancing and many pelvic thrusts that gives a shocked Brad and Janet (and the audience) a very good hint that this isn’t your everyday musical. 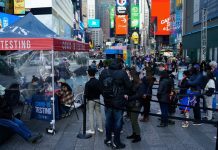 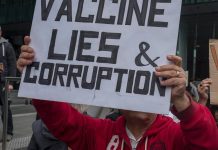 The News Never Gives Alternative Ways Of Thinking About Coronavirus 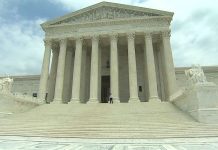 Expanding The Supreme Court Is Not A Tough Call 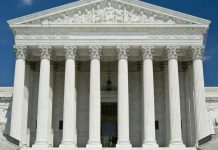 Why Packing The Supreme Court Is A Bad Idea