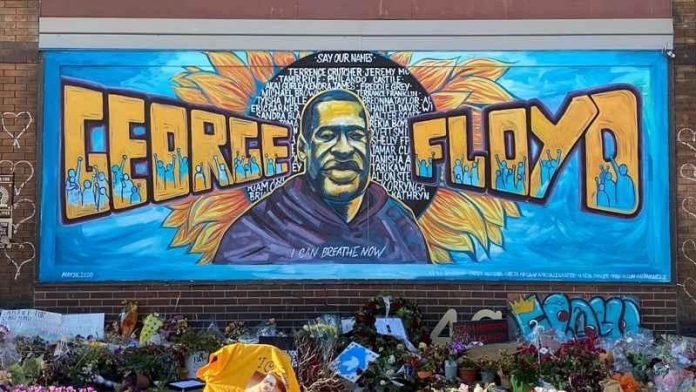 Nearly a year after his death and a week after the police officer who killed him in Minneapolis was found guilty of murder, the search for justice for George Floyd continues.

On Monday, April 27, 2021, the public defender’s office in Houston, Texas, submitted a posthumous pardon request that seeks to clear Floyd for a 2004 drug conviction for which he served 10 months in jail.

The application, made public by the Marshall Project, is revealing about Floyd’s backstory, about the repeated police harassment he endured, and about the allegedly rampant corruption in a narcotics unit that held him in its thrall.

In February 2004, 16 years before Floyd was murdered by the white police officer Derek Chauvin, he was arrested in the streets of Houston. The crime for which he was taken into custody was paltry: possession of .03g of crack cocaine worth $10, a strikingly similar amount to the counterfeit $20 bill for which he was arrested and then killed in May last year.

Floyd’s 2004 arrest was made on the word of one officer, Gerald Goines, who wrote in police records that the Black man tried to sell him the cocaine in an undercover sting. A second suspect was not arrested, Goines wrote, “in an attempt to further the narcotic trafficking in this area” – he meant in order to turn the other man into an informant, but as the clemency petition notes, “his phrasing on the offense report was inartful”.

Now Goines himself stands charged with furthering narcotic trafficking in Houston – and of murder. A year before Floyd was killed in Minneapolis, in early 2019, Goines led a “no-knock” drug raid in which a couple living in a Houston house, Dennis Tuttle and Rhogena Nicholas, were killed.

Prosecutors allege Goines, 56, lied to obtain the warrant to search the couple’s home by claiming a confidential informant bought heroin there. Goines later said there was no informant and he bought the drugs himself, they allege.

The former police officer faces felony murder and other charges.

As prosecutors delved into the Goines case, a vast number of convictions in which he was involved began unravelling. More than 160 convictions have been dismissed, and more than 10 current and former officers from the city’s narcotics unit, including Goines, have been indicted. More cases are pending.

The Houston public defender’s office argues in its clemency petition that Floyd’s 2004 arrest falls into the same pattern as many of those dismissed convictions. Goines, the allegation goes, made up the confidential informant in order to nail him.

“No one bothered to question the word of a veteran cop against that of a previously convicted Black man,” Allison Mathis, leading the pardon appeal, writes in the 250-page application.

“Goines manufactured the existence of confidential informants to bolster his cases against innocent defendants, consistent with the unnamed, unidentified ‘second suspect’ he mentions in his offense report in his interaction with George Floyd.”

Mathis goes on to describe the legal trap in which Floyd then found himself, with no chance to press his innocence.

“If Floyd had gone to trial, he would have faced punishment enhancements that would have branded him a habitual offender and could have sent him to prison for a minimum of 25 years.”

And so Floyd pleaded guilty to a crime he almost certainly hadn’t committed and served 10 months in jail.

The public defender makes an impassioned plea for a pardon. Posthumous clemency would not give Floyd back the months he spent behind bars, away from his children and mother, nor erase the impact of the sentence on his later life.

“In its own small way, though, this pardon would correct the record. It would show that the state of Texas is interested in fundamental fairness, in admitting its mistakes … From heat we get light, and change does come.”

The request now goes before the state’s board of pardons and paroles. Should the panel approve it, the final decision will fall to Greg Abbott, the Republican governor of Texas, who steers a hard line in favor of law enforcement officers and against reforms designed to address police brutality.

“I definitely think Georgie deserves it,” Floyd’s friend Tiffany Cofield said of the pardon in an interview with a local TV station, Khou 11.