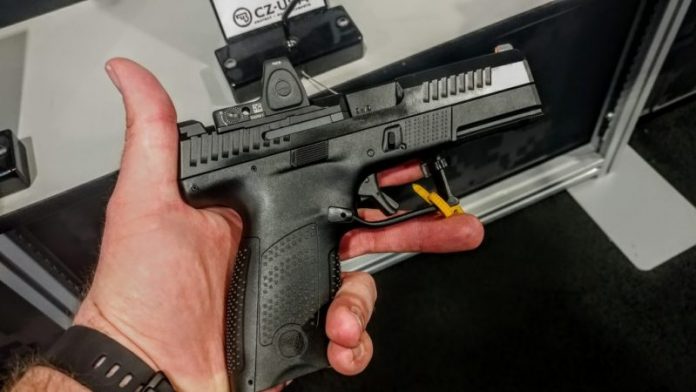 The Texas Senate has voted to advance a bill that will allow people to carry handguns in the state without a license, setting up the state to be the largest in the country to allow permitless carry.

The legislation passed by an 18-13 margin along party lines Wednesday evening. The bill would allow people 21 and older who can already legally own a gun to carry a handgun in public without the license, safety course and background check current law requires.

The bill now heads to the House, which passed similar legislation earlier this year but will not consider changes the Senate made to the bill before sending it to Gov. Greg Abbott’s (R) desk.

The Senate passage of the legislation marks a significant victory for gun rights activists and Republicans, who had seen permitless carry legislation go nowhere in previous legislative sessions.

“HB 1927 would recognize the United States Constitution as our permit to carry and allow all law-abiding adults, aged 21 years or older, to carry a handgun for the protection of themselves or their families, in public places, in a holster, without the requirement of a state-issued license,” said state Sen. Charles Schwertner (R), a sponsor of the bill.

Lt. Gov. Dan Patrick (R) also hailed the passage of the bill, touting it as evidence of Texas’s strong support of the Second Amendment.

“I am proud that the Texas Senate passed House Bill 1927 today, the Constitutional Carry bill, which affirms every Texan’s right to self-defense and our state’s strong support for our Second Amendment right to bear arms. In the Lone Star State, the Constitution is our permit to carry,” he said in a statement. “We have moved quickly on this legislation and I want to thank all those involved who helped gather the votes needed to pass this historic bill.”

Democrats panned the bill as dangerous, warning that criminals would slip through the cracks and end up carrying guns if they do not have to go through the licensing process. The Department of Public Safety denied 2,422 licenses to carry applicants last year, with the majority of denials stemming from past criminal convictions.

“More criminals are going to walk around with guns openly, I promise you,” state Sen. Roland Gutierrez (D) said during floor debate, according to The Dallas Morning News. “More vigilantes are going to rise up.”

Twenty other states allow some form of permitless carry.