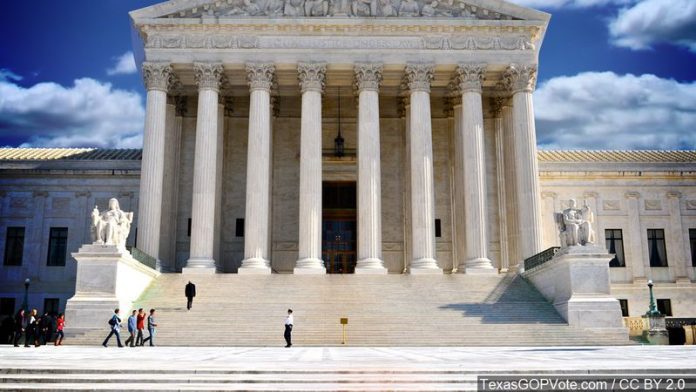 The Supreme Court on Monda, April 5, 2021, ordered a dispute over former President Donald Trump’s ability to block his critics on Twitter to be tossed out, bringing the battle over Mr. Trump’s Twitter account to a close as he is no longer in office and has since been banned from the platform.

The court vacated a decision from the 2nd U.S. Circuit Court of Appeals against the former president and sent the case back to the lower court with instructions to dismiss it as moot.

The New York-based 2nd Circuit found Trump’s decision to block seven users from interacting with his Twitter account was unconstitutional, as the space associated with the former president’s account was a designated public forum.

In an opinion concurring with the court’s decision to throw out the case, Justice Clarence Thomas said the dispute “highlights the principal legal difficulty that surrounds digital platforms — namely, that applying old doctrines to new digital platforms is rarely straightforward.”

“As Twitter made clear, the right to cut off speech lies most powerfully in the hands of private digital platforms,” Thomas wrote. “The extent to which that power matters for purposes of the First Amendment and the extent to which that power could lawfully be modified raise interesting and important questions. This petition, unfortunately, affords us no opportunity to confront them.”

Trump created his Twitter account in 2009 and amassed more than 88 million followers. Over the course of his presidency, Mr. Trump used the forum to air his grievances on an array of issues and announce official policies of his administration and personnel changes. Twitter, however, permanently banned Trump from the platform in the wake of the January 6 assault on the U.S. Capitol.

Between May and June 2017, the former president blocked Twitter accounts registered to seven people who were critical of him and his policies, which kept them from being able to interact with his account. In response to Mr. Trump’s action, the Twitter users filed a lawsuit against the president, and Dan Scavino, the former White House director of social media, arguing the blocking of their accounts violated the First Amendment.

A federal district court in New York ruled in favor of the users, finding that the blocking of their accounts was unconstitutional. The 2nd Circuit affirmed the district court’s ruling, concluding that Mr. Trump’s use of the account during his presidency was “governmental” as opposed to “private,” as his tweets often involved official matters.

In asking the Supreme Court to take up the dispute, the Justice Department argued the 2nd Circuit’s “novel” ruling would “jeopardize the ability of public officials — from the president of the United States to a village councilperson — to insulate their social-media accounts from harassment, trolling, or hate speech without invasive judicial oversight.”

“By ignoring the critical distinction between the president’s (sometimes) official statements on Twitter and his always personal decision to block respondents from his own account, the opinion blurs the line between state action and private conduct — notwithstanding this court’s repeated and recent exhortations to heed that line carefully in applying the First Amendment,” former Acting Solicitor General Jeffrey Wall told the Supreme Court.

The Justice Department, however, asked the Supreme Court in January to dismiss the case as moot, noting Mr. Trump was sued in his official capacity and would be leaving office.