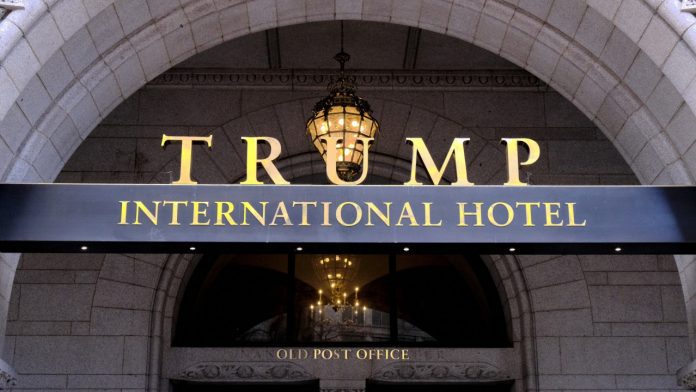 The Supreme Court declined on Monday, January 25, 2021, to hear a case concerning whether former President Donald Trump violated provisions of the Constitution that bar a president from profiting from a foreign government.

The court instructed the lower courts to wipe away a previous lower court opinion that went against Trump because he is no longer in office. It leaves unresolved a novel question raised in the case because Trump, unlike other presidents, did not use a blind trust when he assumed the presidency but instead continued to retain an interest in his businesses and let those businesses to take money from foreign and domestic governments.

At the center of the case was the Constitution’s Emoluments Clause, which has faced few judicial interpretations since it was written almost 250 years ago. The clause states that “no person holding any office … shall, without the consent of Congress” accept gifts or other benefits from foreign states.

“The Supreme Court’s procedural order not only wipes away two lower court rulings, but it also orders dismissal of the entire dispute — leaving for some other time resolution of the many questions Trump’s conduct raised about the Emoluments Clause,” said Steve Vladeck, a CNN Supreme Court analyst and professor at the University of Texas School of Law.

“Ordinarily, the Court pursues such a step only when the prevailing party moots a case while the appeal is pending — as opposed to here, where the disputes became moot because Trump’s term ended,” he added. “Today’s orders suggest that the court is increasingly willing to invoke this doctrine to avoid highly charged political disputes, even if the mootness wasn’t caused by the parties that won below.”

A lower court had allowed 38 subpoenas that were served on five federal agencies that demanded information about money spent by those agencies at the Trump International Hotel in Washington, DC.