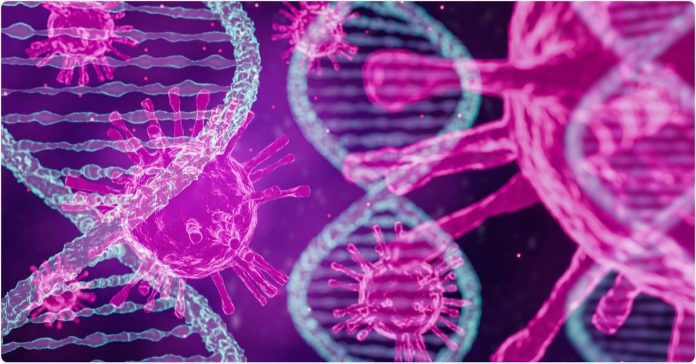 A study led by the University of Arizona suggests a coronavirus pandemic hit East Asia approximately 20,000 years ago and was so severe it left an imprint on the DNA of people alive today.

The study, entitled “An ancient viral epidemic involving host coronavirus interacting genes more than 20,000 years ago in East Asia,” published in the journal Cell Biology, had researchers comparing genetic variations in other coronaviruses that can infect people but usually only cause mild symptoms, with a surprising discovery.

Two of the more mild coronaviruses, one known as HCoV-HKU1, is estimated to have jumped from animal to humans in the 1950s, and another known as HCoV-NL63, may have crossed the species barrier as far back as 820 years ago, the study states.

In order to trace coronaviruses even further back, researchers flipped the script and instead of studying the genetic material of the coronaviruses, studied the effects the diseases had on the DNA of the infected humans.

The study details how viruses can affect the genetic information passed from one human to its offspring, including mutations that protect against viruses, but as the virus mutates, so does the host defenses.

Researchers looked at DNA from thousands of people from 26 different populations across the globe from the 1000 Genomes Project dataset, comparing the combination of genes crucial for coronaviruses but not other pathogens.

When comparing DNA from East Asian populations, the researchers found that 42 of the genes studied had a distinct marker, or dominant gene, that was “absent from other populations” which pointed to people in ancient East Asia adapting to a coronavirus thousands of years ago.

The study found that all of the 42 genes studied from the East Asian populations had the same number of mutations and had all rapidly evolved at approximately the same time – an estimated 20,000 to 25,000 years ago, likely over hundreds of years.

“Our results are consistent with the emergence of a viral epidemic 900 generations or 25,000 years (28 years per generation) ago that drove a burst of strong positive selection [genetic mutations] in East Asia,” the study states.

The findings are particularly surprising as, at that time in history, people in East Asia were not living in dense communities but were instead formed into small bands of hunter-gatherers, which eventually formed into agricultural societies some 10,000 years ago.

The study states the researchers hope their findings will help provide the basis for future drug and therapeutic developments to treat coronaviruses and to assist in the prediction and prevention of future epidemics.