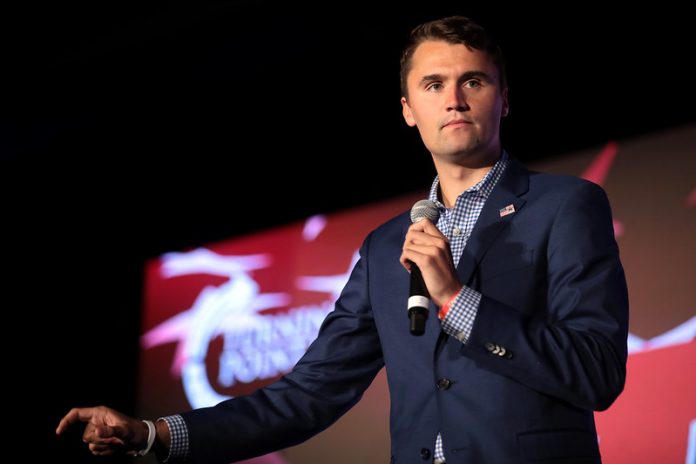 “During a virtual convention on Friday for Students for Trump, the college campus arm of Turning Point USA, the group’s founder Charlie Kirk urged members to launch a ‘peaceful rebellion against governors’ in states like Michigan and Wisconsin,” ABC News reported Saturday, April 18, 2020.

Michigan and Wisconsin have Democratic Party governors but are considered must-win for Trump to be reelected in November.

“Kirk, speaking to over 500 members of the conservative nonprofit organization geared at activating college students to reelect the president who tuned in to the event, derided governors like Michigan’s Gretchen Whitmer for encroaching on their rights and urged them to join the protests around the country,” ABC reported.

The same day Kirk made his comments about rebellion, Trump retweeted him eleven times.