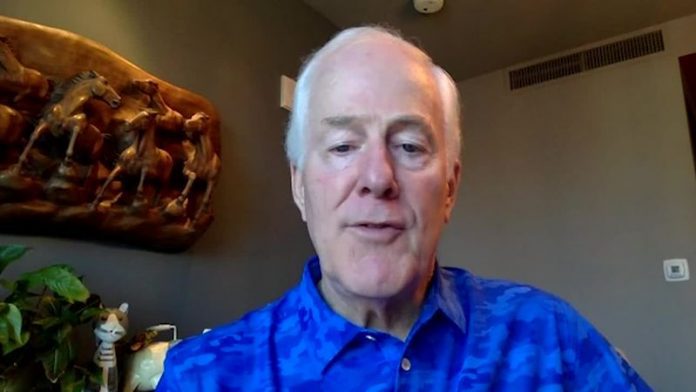 Trump this month became the first US president to be impeached twice, after the Democratic-controlled House, with the support of 10 Republicans, voted to charge him with incitement of insurrection over the assault on the Capitol by his supporters on 6 January which left five people dead.

Trump failed to overturn his election defeat and Joe Biden was sworn in as president this week.

After a brief moment of bipartisan sentiment in which members from both parties condemned the unprecedented attack on Congress as it met to formalize Biden’s victory, a number of Senate Republicans are opposing Trump’s trial, which could lead to a vote blocking him from future office.

“If it is a good idea to impeach and try former presidents, what about former Democratic presidents when Republicans get the majority in 2022?” Cornyn, a 19-year veteran of the Senate who last year tried to distance himself from Trump when it seemed his seat was at risk, tweeted at majority leader Chuck Schumer.

“Think about it and let’s do what is best for the country.”

Democrats hold narrow majorities in the House of Representatives and Senate but it is common for a president’s party to lose seats in elections two years after a presidential contest. Impeachment begins in the House. The Senate stages any trial.

Republican Senate minority leader Mitch McConnell has said the mob in the Capitol putsch was “provoked” by Trump – who told supporters to march on Congress and “fight like hell”. Other Senate Republicans claim trying Trump after he has left office would be unconstitutional and further divide the country.

There are also concerns on both sides of the aisle that the trial could distract from Biden’s legislative agenda. Schumer, who became majority leader this week, tweeted on Friday that the Senate would confirm Biden’s cabinet, enact a new Covid-19 relief package and conduct Trump’s impeachment trial.

The trial is due to be held in the second week of February.