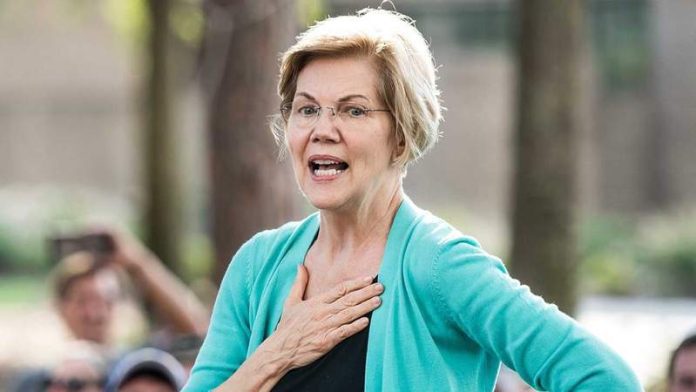 Her symptoms are “thankfully” mild, she tweeted. She’s been vaccinated and got the booster shot, she said and is grateful for the protection they provided.

She also urged everyone who’s not vaccinated already to do so, since they’re both safe and effective at preventing serious illness. 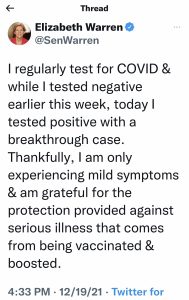 Warren didn’t share in her tweets any more details about where she might have contracted the virus, though she was at the U.S. Capitol this week amid Senate Democrats’ push to enact President Joe Biden’s Build Back Better agenda — which Sen. Joe Manchin, D-WV, appeared to have scuttled Sunday by saying he couldn’t back the $2 trillion social and environment bill.

Massachusetts, like the rest of the United States, is dealing with an uptick in COVID cases. On Sunday, there were hours-long lines at least one testing site in Cambridge, where Warren lives when she’s not in Washington.