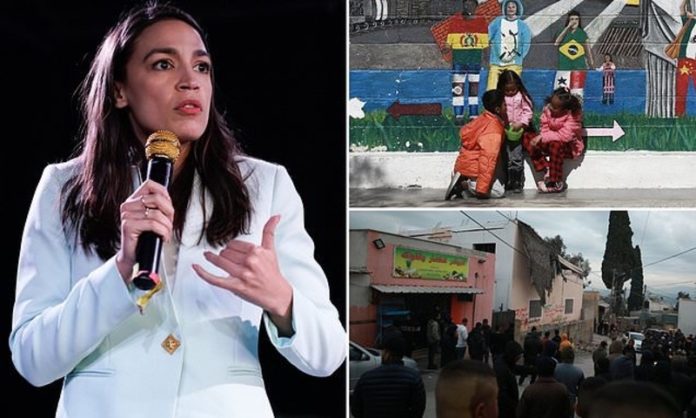 Ocasio-Cortez made her controversial comments during a Democratic Socialists of America event in Austin, Texas, last week, when she also stumped for local House candidates Greg Casar and Jessica Cisneros.

The congresswoman represents parts of Queens and The Bronx.

“The Queens Jewish community is concerned when a local elected official makes spurious and reckless suggestions aimed at Israel,” Nussbaum said in a statement provided to The Post.

“Bombastic suggestions and lies are dangerous when spewed by sitting politicians anywhere on the political spectrum. When the far-left mimics the far right in lies and exaggerations, democracy and dialogue suffers.”

AOC’s Texas trip has become a public-relations headache for her — and not just over what she said.

The Post exclusively reported over the weekend that the self-proclaimed socialist who is down with working-class folks was spotted flying first class on her plane trip back to New York.

As for AOC’s comments in Texas, Nussbaum said her words do matter because she is the face of the Democratic Socialists of America, the left-leaning political group that supports the Boycott, Divestment, and Sanctions movement against Israel

The DSA supports the BDS movement in terms of “ending [Israel’s] occupation and colonization of all Arab lands and dismantling the Wall; recognizing the fundamental rights of the Arab-Palestinian citizens of Israel to full equality; and respecting, protecting and promoting the rights of Palestinian refugees to return to their homes and properties as stipulated in UN Resolution 194.”

Supporters of Israel said the BDS movement seeks to dismantle the Jewish State.

Ocasio also said during her speeches in Austin, “With media, with all this stuff, Palestine is basically a banned word. It’s censored. We don’t talk about it. No one knows about it.

“Thank you for bringing it up, honestly, because we shouldn’t have to tiptoe around these things. We should be able to talk about it. And we shouldn’t allow people’s humanity to be censored,’’ she said.

“I want to be unequivocal, we are here to stand up for the rights of Palestinians and Palestinian children. One hundred percent. Don’t get it twisted. Because disinformation is not the vibe.

“Believing in the basic human dignity and the ability for a person to not be jailed or beaten for who they are, it does not mean that you are bigoted against any other community,” Ocasio-Cortez said. “And we gotta call that for what it is.”

“AOC is always asking for the `other side’ to understand her positions and that of the DSA and the BDS followers who wish to eliminate Israel from the Middle East map,” he said.

“If you wish to have a real discussion, the Queens Jewish Community Council is willing to engage you in an honest and open conversation,’’ he added, addressing AOC. “We will defend Israel, you will have to defend the indefensible…. lies and distortions that spew hate and anti-Semitism.

“Enough is enough. At some point, people need to be held accountable for their political lies.”

During a subsequent New York Post interview, Nussbaum said he’s baffled by AOC’s smearing of Israel because she is “brilliant and smart” and should know better.

He credited her with making an effort recently to have a dialogue with Jewish leaders in the borough.

“But I’m disappointed in the comments she made in Texas. This is not an isolated incident. It’s a continuation,” Nussbaum said.

A representative for Ocasio-Cortez issued a statement defending her “cage” remark.

“The Congresswoman was referring to reports issued by the Human Rights Watch and others that have found an estimated 10,000 Palestinian children have been detained by Israeli security forces and prosecuted in the Israeli military court system since 2000,” said Ocasio-Cortez spokeswoman Lauren Hitt.

“Independent monitors have documented that these children are subject to abuse and, in some cases, torture — specifically citing the use of chokeholds, beatings, and coercive interrogation on children between the ages of 11 and 15.”

AOC’s “cage” comment is just the most recent in which she’s attacked Israel and expressed sympathy toward Palestinians.

She criticized US funding for Israel’s Iron Dome defense-missile system to destroy Palestinian-fired rockets aimed at the Jewish State. The congresswoman also has criticized President Biden’s comments backing Israel’s right to defend itself from Palestinian or other enemy attacks.

Longtime Jewish activist and former CUNY trustee Jeffrey Weisenfeld complained that influential Jewish lawmakers in Congress are giving AOC and other critics of Israel a pass for sticking it to the Jewish State. 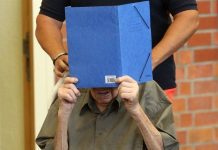 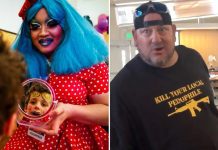 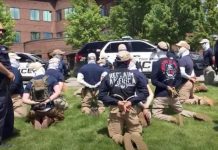 Watch: 31 Members Of White Supremacist Group Arrested For Conspiracy To Riot Near A Pride Parade In Idaho