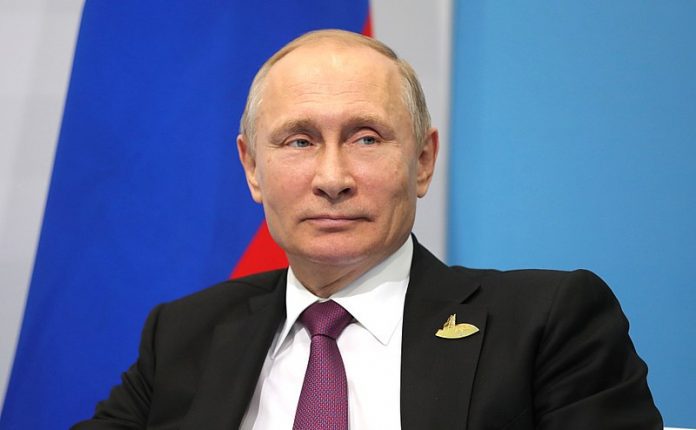 Russian President Vladimir Putin has said he plans to receive the Sputnik V coronavirus vaccine, though has not specified when.

Russia approved the Sputnik vaccine in August, claiming to be the first country to find a way to stop the pandemic that has claimed more than one million lives worldwide.

Putin has not yet committed publicly to receiving the vaccine—the development of which has been financed by the state Russian Direct Investment Fund—but told South Korean President Moon Jae-in by phone Monday that he would have the shot before a planned visit to Seoul.

Moon’s press service released details of the call on Monday, September 28, 2020. Coronavirus was among the issues the two leaders discussed. According to the RIA news agency, Putin told Moon: “I will come to South Korea … I will personally take the Russian vaccine and go.”

Though experts have raised concerns about how quickly Moscow approved the treatment, the Kremlin is pushing ahead with trials and a mass vaccination plan, with multiple Russian VIPs—including one of Putin’s daughters—having reportedly already had the shot.

Experts were skeptical when Moscow first approved the vaccine, amid concerns that authoritarian nations like Russia might rush to produce a vaccine for political prestige but without ensuring efficacy and safety.

Director of the National Institute of Allergy and Infectious Diseases Anthony Fauci, for example, said in August he “seriously” doubted that Sputnik V was ready.

But others have since said the early evidence for Sputnik V is promising. Naor Bar-Zeev, of the International Vaccine Access Center at Johns Hopkins Bloomberg School of Public Health, wrote in The Lancet earlier this month that the early phase clinical trial data was “encouraging,” though the sample size of the first trial was relatively small.

The data came from two non-randomized studies at two Russian hospitals between June 18 and August 3, 2020, enrolling 76 healthy participants in total, all aged between 25 and 31.

The study organizers acknowledged that the lack of older patients was a limitation, but the results showed that all participants developed an immune response to COVID-19 without serious side effects.

Sputnik is currently undergoing its third phase trial, which is due to end in late October. Mass vaccinations may begin after this milestone, according to Fyodor Lisitsyn of the Gamaleya National Research Center for Epidemiology and Microbiology of the Russian Health Ministry.

All Russian regions have already received trial batches of the virus, according to the Tass state news agency.

Russia is also in talks with a number of other nations to supply the Sputnik vaccine. The official website for the treatment says: “A number of countries, such as United Arab Emirates, Saudi Arabia, the Philippines, and possibly India or Brazil, will join the clinical trials of Sputnik V locally.”