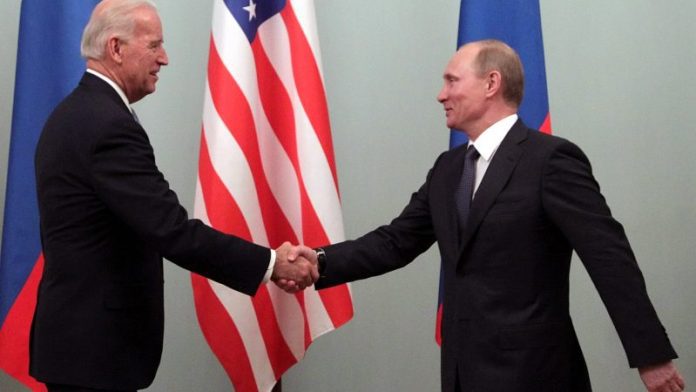 President Joe Biden plans to speak by phone with Russian President Vladimir Putin on Thursday amid an alarming Russian military buildup on its shared border with Ukraine.

The call, the second known discussion between the two leaders this month, comes as Washington and European allies warn Moscow that invading its ex-Soviet neighbor will trigger economic and political countermeasures.

“The Biden Administration continues to engage in extensive diplomacy with our European Allies and partners, consulting and coordinating on a common approach in response to Russia’s military build-up on the border with Ukraine,” national security council spokeswoman Emily Horne wrote in a statement Wednesday.

For months, Ukraine has warned Washington and European allies that thousands of Russian troops were massing along its eastern border, a development that mimics Moscow’s 2014 invasion of Crimea. The annexation of the Black Sea peninsula sparked an international uproar and triggered a series of sanctions on Moscow.