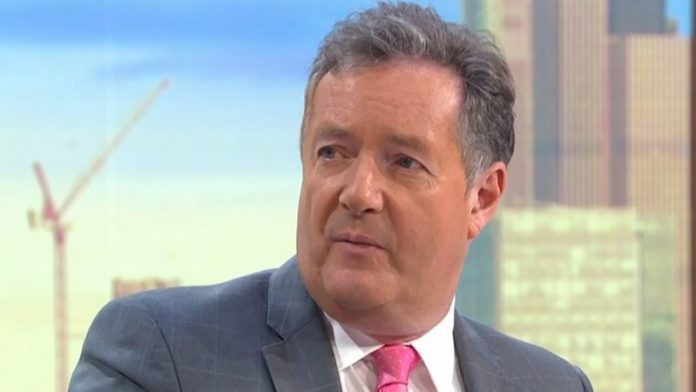 Fresh from walking off the set of “Good Morning Britain” and fueling the drama that ended with Sharon Osbourne leaving CBS’ “The Talk,” Piers Morgan is sitting down for an interview Monday with Fox News opinion host Tucker Carlson.

It will be the first major interview given by the noted doubter of Meghan, Duchess of Sussex, since he quit his “GMB” hosting gig amid a heated discussion about race and the royals on March 9.

The bulk of the chat, which airs Monday afternoon, will appear on “Tucker Carlson Today,” a new video podcast that runs three times a week on Fox Nation, the network’s subscription streaming service. A portion of it will air on “Tucker Carlson Tonight,” which is regularly the top-rated show in cable news.

Morgan will air his thoughts on the reaction to Meghan and Prince Harry’s CBS interview with Oprah Winfrey and on the current state of media.

In a video Thursday pitching the paperback edition of “Wake Up,” Morgan called his newest book a “clarion call” for freedom of speech and the right to have an opinion and for the end of “this ridiculous cancel culture that is wrecking society.

“Let’s go back to what made Britain great: The ability to disagree with each other and then go and have a pint in the pub — not try to wreck each other’s lives for a difference of opinion,” he said in the clip.

The British journalist and TV personality was a judge with Osbourne for years on “America’s Got Talent” and the two are longtime friends. He recently called Osbourne’s ouster from “The Talk,” which came after she defended him as a royalist but not a racist, “a terrible indictment of woke cancel culture bulls— and the stinking hypocrisy that lies at the heart of it.”

About comments he’d made questioning the veracity of Meghan’s claims about suicidal ideation and alleged racism in the royal family, Morgan wrote, “I’ve never said a single thing about Meghan Markle that could possibly be construed as racist, either in print or on television.

“In fact, the only time I’ve ever mentioned her race,” he said, “has been to repeatedly say how great it was that a biracial woman was marrying into the very white British royal family.”

Morgan’s interview with Carlson will be available in full Monday after 1 p.m. Pacific on Fox Nation, followed by an excerpt that will air at 5 p.m. Pacific on Monday on Fox News.

Prince Harry And Meghan Markle’s ‘Vax Live Concert’ Was A Ratings Flop, Beaten By ‘Dateline’ And Elon Musk On ‘SNL’ 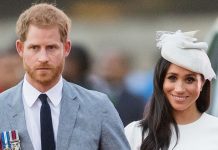 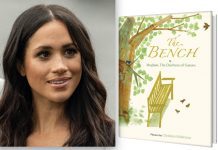