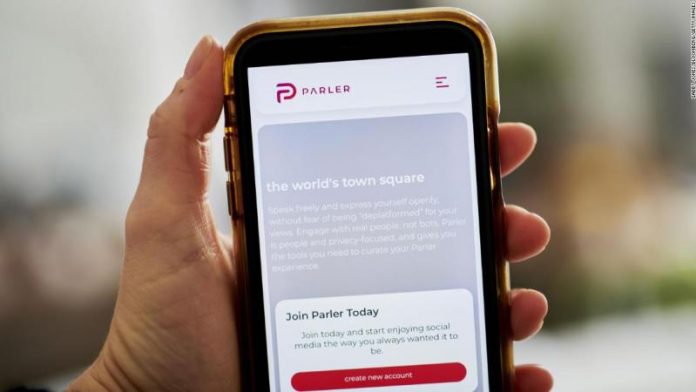 While multiple online service providers have cut ties with right-wing social media platform Parler, one company is welcoming its business.

On Monday, January 12, 2021, Parler transferred its domain to Epik, a domain name registrar that has become a safe haven for far-right websites.

Epik put out a statement on Monday claiming it had no contact or discussion with Parler prior to the transfer of the Parler.com domain name. A number of blogs covering the domain name industry-first noticed the transfer.

Earlier today, Amazon officially cut ties with Parler, which was using its web hosting services, essentially taking down its entire platform. A number of other web companies have ended relationships with Parler as well, in the wake of the storming of the Capitol by Trump supporters on Jan. 6.

Many of Parler’s users openly planned the violent attack on the Capitol using the platform. Amazon cited the fact that Parler’s lax approach to content moderation broke the company’s terms of service.

Epik, along with its CEO Robert Monster, has a history of coming to the defense of the far-right online. The company’s statement on the Parler domain transfer rails against Big Tech companies that have de-platformed right-wing users.

The company also currently hosts the domain of the far-right social network Gab.com and the domain name for the Proud Boy’s former websites. Epik also once hosted 8chan’s domain name, now known as 8kun, but eventually dumped the site following its connection to a 2019 mass shooting in El Paso, Texas

The domain registrar was most recently in the news when Paypal terminated Epik’s account. A source close to the situation told Mashable at the time that PayPal cut ties with Epik over the domain name company’s legally questionable “alternative currency,” Masterbucks. The source claimed that the company was openly encouraging tax evasion with the service, which caused PayPal to cut ties.

At the time, Epik put out an unhinged statement about PayPal’s decision, attacking Joe Biden’s son Hunter, CNN, the Southern Poverty Law Center, as well as Chris Evans and Mark Ruffalo of Marvel’s The Avengers…for some reason.

The right-wing social media company said it would be quite a while before it’s able to get its website back online. While Parler deals with that issue, it can rest safe knowing its domain name is sitting in a welcoming place.