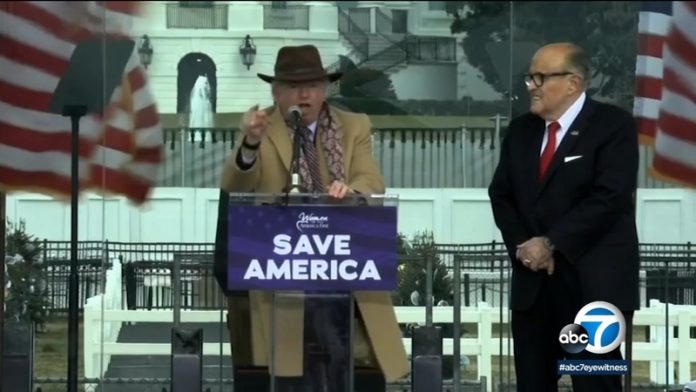 More than 1,300 attorneys have signed an ethics complaint directed to the California Bar, urging the organization to investigate lawyer John Eastman, who advised former President Donald Trump on ways to attempt to overturn the 2020 election results.

Eastman wrote a now-infamous memo that suggested then-Vice President Mike Pence had the authority to reject electors from key battleground states that flipped blue for President Joe Biden, resulting in Trump’s Electoral College loss. The right-wing attorney has faced substantial backlash for his connection to Trump, and others have previously urged the California Bar to investigate his actions and possibly sanction him.

“Mr. Eastman appears to have acted in concert with other attorneys, notably Rudolph W. Giuliani and Jeffrey C. Clark, in an effort to install Mr. Trump in the office of President of the United States for another four years notwithstanding the irrefutable fact that the people of the United States had chosen Joseph R. Biden to replace him,” the attorneys wrote in the Thursday letter outlining their ethics complaint against Eastman.

“We believe that concerted unethical action by lawyers aggravates the circumstances of their violation,” they added.

Previously, the States United Democracy Center filed complaints against Eastman with the California Bar in October and November. The new ethics complaint, backed by attorneys through the efforts of Lawyers Defending American Democracy, cited those previous complaints to urge an investigation of Eastman’s behavior.