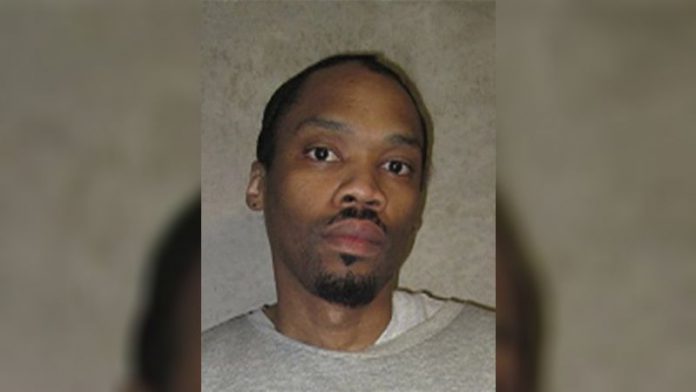 Oklahoma scheduled seven executions Monday, September 20, 2021, in what would be the first lethal injections for the state since putting them on hold six years ago following a series of mishaps.

Among the men scheduled to die is Julius Darius Jones, even though the Oklahoma Pardon and Parole Board just last week recommended that his death sentence be commuted to life in prison. The case drew national attention after it was featured in 2018 on the ABC television documentary series “The Last Defense.”

The Oklahoma Court of Criminal Appeals scheduled six other executions — one a month from October through March, with two in January.

Oklahoma once had one of the busiest death chambers in the nation. Executions were put on hold following a botched lethal injection in 2014 that left an inmate writhing on the gurney, followed by drug mix-ups in 2015.

Its first execution that is set for Oct. 28. The man scheduled to die — John David Marion, 60 — was initially set to be executed in October 2018, but his lethal injection was among those delayed by the concerns over the execution drugs.

Grant was convicted of killing prison employee Gay Carter in 1998 while serving sentences for four armed robberies. According to evidence submitted at trial, Grant dragged Carter into a small closet and stabbed her 16 times with a homemade knife after she removed him from a job in the kitchen of Dick Conner Correction Center in Hominy.

Jones’ execution is set for Nov. 18. He was convicted in the 1999 slaying of Edmond businessman Paul Howell. Any commutation is ultimately up to Republican Gov. Kevin Stitt.

Archbishop Paul Coakley of the Roman Catholic Archdiocese of Oklahoma City, who opposes the death penalty, said the state seemed to be in a rush to execute people after seven years.

“We have an opportunity to support the God-given dignity of every human person, protect society, and seek justice for victims and their families by using other available means to hold criminals accountable,” Coakley said.

The other men scheduled to die are:

-Bigler Stouffer on Dec. 9 for a 1985 attack on his girlfriend’s ex-husband in Oklahoma City that left the man’s schoolteacher girlfriend, Linda Reaves, dead.

-Donald Anthony Grant on Jan. 27 for the 2001 fatal shooting of the manager and desk clerk of a Del City motel where he had applied for a job the day before.

-Gilbert Ray Postelle on Feb. 17 for the 2005 revenge killings of four people at an Oklahoma City mobile home park, including one man he held responsible for hitting the motorcycle Postelle’s father was riding, leaving him incapacitated.

-James Allen Coddington on March 10 for the 1997 hammer killing in Choctaw of co-worker Albert Hale, who had refused to lend Coddington $50 to buy drugs.

Jones has perhaps the highest-profile case. It has drawn the attention of reality television star Kim Kardashian West and numerous professional athletes with ties to Oklahoma, who have appealed for clemency.

Jones, 41, has consistently maintained that he is innocent of the killing and alleged that he was framed by the actual killer, a high school friend and former co-defendant who was a key witness against him.

District Attorney David Prater of Oklahoma County, where the killing occurred, and Oklahoma’s former attorney general, Mike Hunter, have said the evidence against Jones is overwhelming.

Information from trial transcripts shows that witnesses identified Jones as the shooter and placed him with Howell’s stolen vehicle. Investigators found the murder weapon and a bandanna with Jones’ DNA in an attic space above his bedroom, but Jones claims in his commutation filing that the gun and bandanna were planted there by the actual killer.

“Given the setting of a November 18 execution date, it is our hope the Governor adopts the Board’s recommendation and commutes Julius’s death sentence,” Jones’ attorney, Amanda Bass, said in a written statement. “Oklahoma must not allow an innocent man to be executed.”