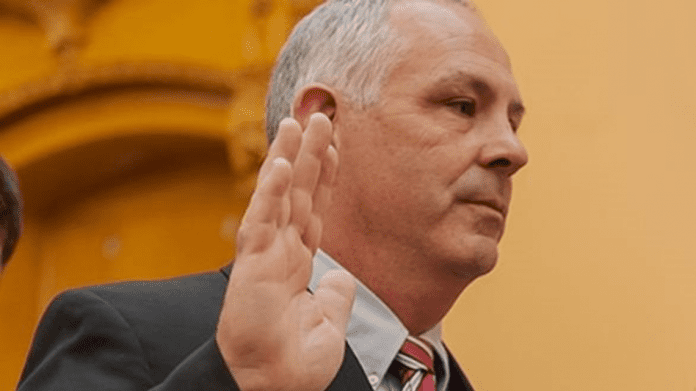 A white Ohio Republican lawmaker who questioned whether members of “the colored population” were disproportionately contracting COVID-19 because of their lack of hygiene will now lead the state’s Senate Health Committee.

Ohio State Sen. Stephen Huffman received heavy criticism from Black lawmakers after his testimony at a committee hearing in June 2020, where he asked whether cleanliness played a role in the disproportionate number of Blacks contracting the coronavirus, according to The Associated Press.

“Could it just be that African Americans – or the colored population — do not wash their hands as well as other groups? Or wear masks? Or do not socially distance themselves?” Huffman. “Could that just be the explanation of why there’s a higher incidence?”

Huffman, who was fired from his job as a Dayton-area emergency room physician for the comments, was appointed to chair the committee by his cousin, Senate President Matt Huffman, in Jan. 2021. His offensive comments pushed Democrats and the ACLU of Ohio to call him to resign from the Senate.

The Ohio Black Legislative Caucus (OLBC) wrote in a letter on Wednesday (Jan. 20) urging for a new health committee leader, The AP notes.

“If the Senate leadership will not replace Sen. Huffman as Chair, then we will expect Sen. Huffman to use his position to improve the health of Ohio’s African-American population by working with OLBC to pass legislation that effectively addresses health disparities in the state of Ohio,” director Tony Bishop said in a news release.

John Fortney, a spokesman for Huffman, released a statement Friday (Jan. 22), saying the legislator had previously apologized “for asking a clumsy and awkwardly worded question.”

Further, he said the apology “deserves sincere forgiveness and not the perpetual politically weaponized judgment of the cancel culture.”

Republicans Barbara Sobel - October 19, 2021
0
Rep. Jeff Fortenberry, R-Neb., was charged on Tuesday with lying to the FBI about contributions to his 2016 re-election campaign to him from a...

Donald Trump Barbara Sobel - October 19, 2021
0
According to ProPublica, a $6 billion federal program created to provide fresh produce to families affected by the pandemic was mismanaged and used by...

‘It Was Embarrassing’ Says Connecticut Gov. Ned Lamont Regarding Protesters Who Yelled Obscenities At...

GOP Congressman Jeff Fortenberry Indicted For Lying To The FBI About...

‘It Was Embarrassing’ Says Connecticut Gov. Ned Lamont Regarding Protesters Who...