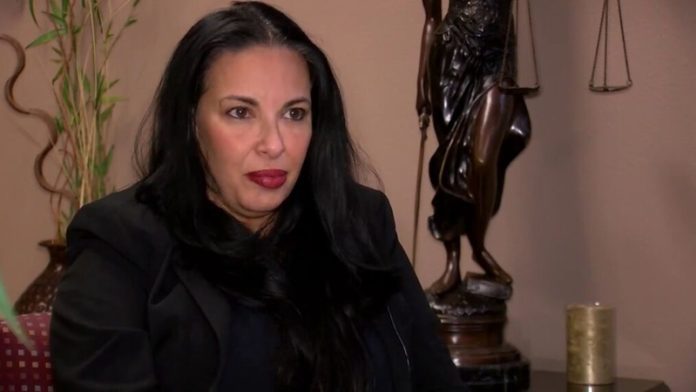 With 81% of the vote counted, attorney Sigal Chattah defeated fellow attorney Tisha Black in the Republican primary by a wide 51%-39.9% margin, according to the New York Times.

According to texts released by Sarah Ashton-Cirillo, a former friend, in January, in April 2021 Chattah had written to her about Ford, “This guy should be hanging from a fucking crane.”

Chattah, who rose to prominence among conservatives in Nevada by suing Democratic Gov. Steve Sisolak over his COVID-19 mitigation efforts, including efforts to end mask and vaccination requirements, opposes reproductive rights and says she would prosecute women who get abortions.

Asked during the television program “Nevada Newsmakers” on May 5 whether she would be in favor of changing the state’s statutory right to abortion, Chattah responded, “As somebody that is pro-life, I would definitely take the position that life begins at the time of fetal heartbeat. And really, the way I look at it is the same way that we do sentencing enhancements on unborn children, victims, of unborn children. I would marry it to that. I have a problem with that inconsistency.”

With abortion rights hanging in the balance, as the Supreme Court appears poised to overturn the landmark Roe v. Wade decision that affirmed the right to an abortion, a GOP-controlled Nevada Legislature could enact laws to make the procedure illegal, and whoever wins the race for attorney general would be responsible for enforcing those laws.

Chattah is not the only extremist Nevada Republicans nominated on Tuesday.

GOP voters nominated Jim Marchant for secretary of state, a position that would place him in charge of running the state’s elections.

Marchant is a Donald Trump supporter who has pushed voter fraud lies and antisemitic conspiracy theories. In 2020, Marchant lost a House race and sued to overturn his loss, claiming fraud. His suit was thrown out by a Nevada county court district judge.

If elected in November, Marchant said, he would get rid of voting machines, early voting, and mail-in voting, and hire what he called “”our people” as poll workers.

Fiore has pushed bigoted and false conspiracy theories, including that the elementary school shooting in Uvalde, Texas, was the fault of “the pharmaceutical companies that are giving these individuals pharmaceutical psychotropic drugs,” claiming without evidence that the shooter was “on a lot of different medications from transgendering, so his mind was quite defective.”

Fiore is a right-wing militia sympathizer and an anti-vaxxer who has falsely said that cancer is a “fungus” that can be flushed out of the body.

Jon Ralston, a longtime political reporter from Nevada who is now CEO of the Nevada Independent, tweeted on June 15 of Nevada Republicans, “Not sending their best.” 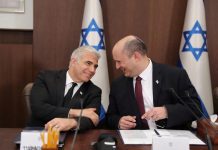