Wynonna and Ashley Judd are working with CMT and Sandbox Live to honor their late mother Naomi Judd with a televised memorial.

The Judd sisters announced on April 30 that they had lost their mother “to the disease of mental illness.” She was 76.

CMT announced on Wednesday that in cooperation with the Judd family, a public memorial service would air on the network as a commercial-free special at 6 p.m. EST on Sunday.

The live celebration will be held at the former home of the Grand Ole Opry, Ryman Auditorium in Nashville, Tennessee.

“We are sincerely privileged to work alongside Wynonna and Ashley to present this live celebration of life for their mother Naomi,” a statement about the event read. “While we all continue to deeply mourn the loss of such a legendary artist, we are honored to commemorate her legacy alongside the country community, her friends, family, and legions of fans across the world at the perfect venue: The Mother Church of Country Music. This special will celebrate her timeless voice, unforgettable spirit, and the immense impact she left on our genre through the best form of healing we have – music.”

The special “Naomi Judd: A River of Time Celebration” will celebrate her “timeless voice, unforgettable spirit and the immense impact she left on our genre through the best form of healing we have – music.”

Additional details on the public memorial service, including performers and special appearances, will be announced in the coming days, producers said in the statement. 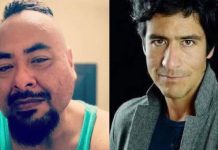