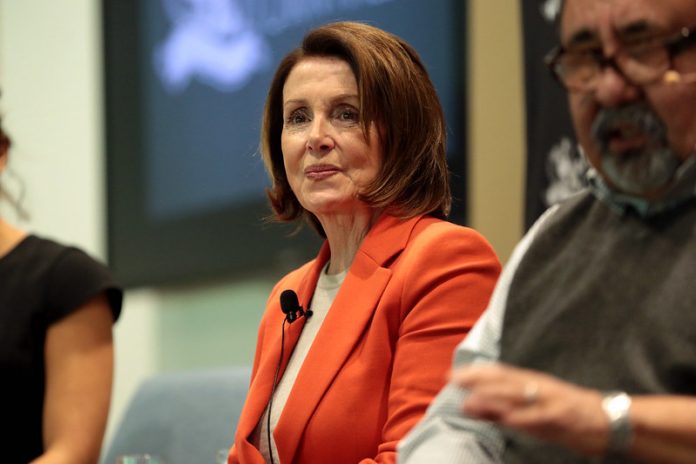 House Speaker Nancy Pelosi said Monday that Congress may need to consider a guaranteed minimum income for Americans as one way to meet people’s basic needs while the country remains paralyzed by the coronavirus pandemic.

“Let’s see what works, what is operational and what needs attention,” Pelosi, D-Calif., said in an interview with MSNBC.

“Others have suggested a minimum income, a guaranteed income for people. Is that worthy of attention now? Perhaps so. Because there are many more people than just in small business and hired by small business … that may need some assistance as well,” she added.

The idea of a government-guaranteed minimum income has gained attention in the past year thanks largely to Andrew Yang, who ran in the 2020 Democratic presidential primary on a platform built around universal basic income. Yang failed to win any delegates in the primary, but he built a devoted campaign following and raised the issue of UBI onto the national debate stage.

More recently, as the coronavirus pandemic has ravaged the U.S. economy and forced more than 25 million Americans to seek unemployment benefits, the idea of guaranteed income has reemerged as a possible way to stabilize the economy and help people meet their basic needs while millions of businesses are under forced closures.

In one of the last policy speeches of his 2020 presidential campaign, Vermont Sen. Bernie Sanders proposed in mid-March that Congress give every household in America $2,000 a month for the duration of the Covid-19 outbreak.

“We need to provide a direct emergency $2,000 cash payment to every household in America every month for the duration of the crisis to provide them with the assistance they need to pay their bills and take care of their families,” said Sanders.

Supporters of UBI have also noted the similarities between guaranteed income plans and the $1,200 cash payment for every American making less than $90,000 annually, which was included in the $2 trillion CARES Act passed by Congress and signed into law by the president March 27.

“I’m pleased to see the White House adopt our vision of putting money directly into the hands of hard-working Americans,” Yang said when the direct payments were first announced. “It’s unfortunate to see this development take place under the current circumstances, but this is exactly what universal basic income is designed to do – offer a way to ensure that Americans can make ends meet when they need it most.”