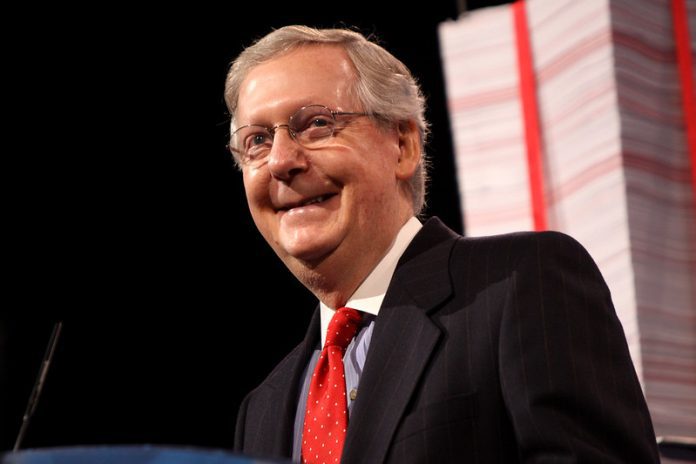 On Monday, May 11, 2020, Senate Majority Leader Mitch McConnell (R-KY) falsely claimed that the Obama administration did not leave the Trump administration “any kind of game plan” for a pandemic.

The Republican Senate leader, who is facing reelection in Kentucky in 2020, made his comments on Monday’s “Team Trump Livestream.”

That was confirmed by testimony from Dr. Rick Bright on Thursday, May 14.

McConnell was asked about his comments during an interview with Fox News personality Bret Baier.

“I was wrong, they did leave behind a plan so I clearly made a mistake in that regard,” McConnell admitted.

Raw Story: ‘I clearly made a mistake’: Mitch McConnell admits to Fox News that he misled Trump supporters