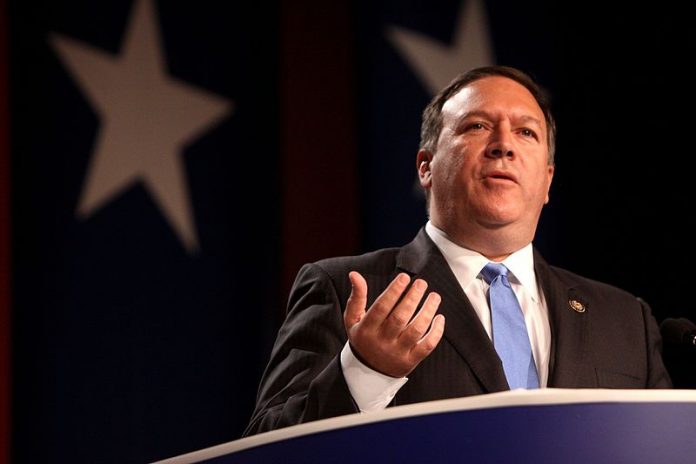 Secretary of State Mike Pompeo is suggesting that President Donald Trump should be awarded the Nobel Peace Prize for promoting Arab-Israeli peace. 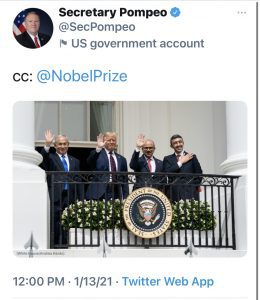 Pompeo’s suggestion, made on his official Twitter account, comes as the House is set to vote later Wednesday on impeaching Trump, accusing him of rallying a violent mob of supporters to attack the Capitol last week.

Trump and many of his allies have made no secret of their desire to see him honored with the Nobel Peace Prize, which is one of the world’s most distinguished awards.

Their campaign on his behalf has raised eyebrows because self-promotion for the prize is considered unseemly.

Pompeo tweeted a photo of Trump waving from a White House balcony with Israeli Prime Minister Benjamin Netanyahu and senior officials from the United Arab Emirates and Bahrain and copied the Nobel committee.

The photo was taken in September last year when Israel normalized relations with the UAE and Bahrain under the so-called Abraham Accords, which were negotiated by Trump’s son-in-law and senior adviser Jared Kushner. Since then Morocco and Sudan have also agreed to recognize Israel.