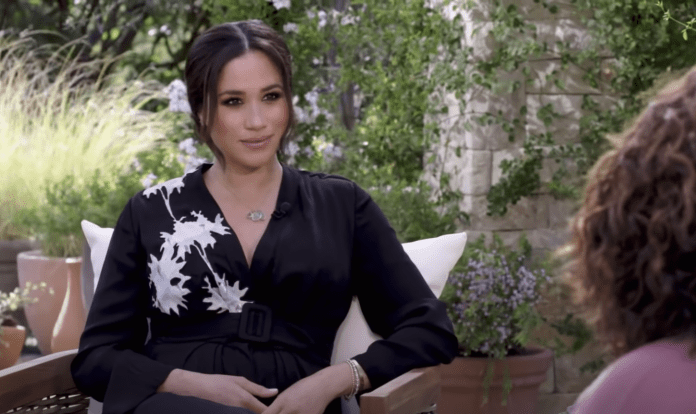 Meghan Markle told Oprah she was not asked to pose for a picture with baby Archie hours after his birth. However, in the book ‘Finding Freedom’ which she helped with, claimed Markle had already decided on a “discreet” delivery with no photo.

Meghan and her husband stepped down from Royal life last year, and said they had “no other option” but to step back from the public spotlight.

A year after they carried out their final royal engagements, sat down for a tell-all interview with Oprah Winfrey and blamed their departure as working Royals on the Palace.

Meghan and Harry made a series of major allegations regarding how the Firm handles race and mental health, while Meghan also took the opportunity to address some reports about her time as an active member of the Royal Family.

It was very notable there were no press photographs taken of her with Archie and Harry after giving birth on the hospital steps, even though it is a royal tradition.

Princes Harry and William were born and then photographed at the Lindo Wing in London, whereas Archie arrived at Portland Hospital, a private maternity hospital on Great Portland Street.

Sarah Ferguson also posed for photographs at Portland after giving birth, too.

However, Meghan was not seen in public immediately after Archie’s arrival— instead, she and Harry presented their newborn to just a handful of broadcasters, two days after his birth, in Windsor Castle.

During the Oprah interview, Markle stated: “We weren’t asked to take a picture [by the Palace].”

In the pro Harry and Meghan book ‘Finding Freedom’, authors Omid Scobie and Carolyn Durand said that the couple was at first considering a home birth.

Frogmore Cottage was the couple’s main home at the time and has never been open to the press, so a post-birth photograph would have been unlikely.

‘Finding Freedom’ then explained the couple changed their minds and decided on a hospital birth — but that Meghan “never considered” giving birth at the Lindo Wing, and instead “wanted something more discreet”.

It added: “Portland Hospital offered not only state-of-the-art care but also an underground entrance where blacked-out SUVs driving in and out were the norm.”

They continued: “Harry and Meghan, who were never spotted entering or leaving Portland, didn’t tell anyone about their hospital choice, not even their closest aides or friends.

“The only people who did know were Doria and Meghan’s medical team, including her ob-gyn Penelope Law.”

Archie was discreetly delivered at 5.26 am on Monday, May 7 — and by 9.30 am, the new family of three drove back to Windsor’s Frogmore Cottage.

Finding Freedom added: “When it came to letting the public know, Harry wanted to do so himself.”

A source told the authors: “He wanted people to hear it in his own words, no statement, no formal announcement… just him, off the cuff and candid.”

Scobie and Durand said that they had not collaborated with the Sussexes to produce the book, a statement originally confirmed by Meghan and Harry. However, Meghan later admitted in documents lodged with the High Court on November 18, 2020, that she really did help with the book.

During the interview, Oprah asked: “It feels to me like things started to change when you and Harry decided that you were not going to take the picture that had been part of the tradition for years?”

Meghan replied: “We weren’t asked to take a picture.

“That’s also part of the [Palace] spin that was really damaging.

“I thought, ‘Can you just tell them the truth? Can you say to the world you’re not giving him a title, and we want to keep him safe, and that if he’s not a prince then it’s not part of the tradition? Just tell people and then they’ll understand.’

“But they wouldn’t do that.”

Oprah then continued and asked if there was a specific reason Meghan had shirked the photo tradition, as many thought the couple “were both saying we’re going to do things our way”.

But Meghan said: “That’s not it at all.”

She added: “I was very scared of having to offer up our baby knowing that they weren’t going to be kept safe.”

Markle was referring to her previous claim that the Palace had refused to give Archie a title when he was born — meaning he was not going to get Palace-funded protection.

Scobie did address this claim as well, in a new documentary, ‘Harry and Meghan: Recollections May Vary’.

He said: “If we are only going by what Meghan said to Oprah and what the Palace has said so far about the situation with Archie, perhaps one can assume that Meghan was wrong in her interpretation of it.”

This would have meant only Prince George could have had the title — but in 2012, the Queen issued a similar patent which meant all of his children could enjoy the status of prince or princess.

However, Scobie continued: “But we also know that there is much more to this story that we don’t know about.”

Meghan also told Oprah that she was allowed to control how much the public sees of her son, and explained: “I think everyone has a basic right to privacy. Basic.” 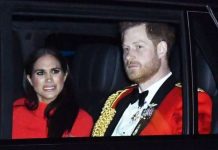 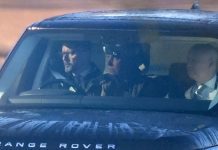 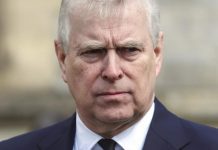 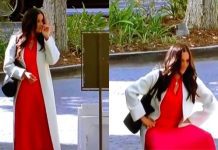 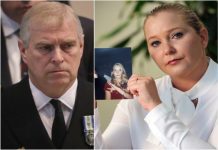