The medical examiner who performed the autopsy on George Floyd will continue his testimony Tuesday in the federal trial of former Minneapolis police officers accused of violating Floyd’s civil rights.

Hennepin County Medical Examiner Dr. Andrew Baker testified on Monday afternoon that he concluded that Floyd’s cause of death was “cardiopulmonary arrest complicating law enforcement subdual restraint and neck compression.” Baker said Floyd also had heart disease and drugs in his system, which he said were conditions that contributed to his death.

Baker testified at the criminal trial of former officer Derek Chauvin in state court last spring, where he said that the law enforcement use of force on Floyd was just more than Floyd could take.

Floyd died on May 25, 2020, after then-officer Chauvin knelt on his neck for more than nine minutes in south Minneapolis.

Kueng and Thao are also charged with failing to intervene with Chauvin’s use of force on Floyd.

Minneapolis police Inspector Katie Blackwell concluded her testimony Monday. She testified that the defendants had not followed department training or policies in restraining Floyd and failed to intervene with Chauvin.

Blackwell also testified that the defendants did “nothing” to intervene with Chauvin or provide medical aid to Floyd when he was in police custody, although she admitted under defense questioning that Lane assisted paramedics with CPR after Floyd was put into an ambulance.

Defense attorneys have focused on a controversial condition called “excited delirium,” which is a concept that’s widely trained for in police departments around the country, although it’s not recognized by some medical experts.

Blackwell said Minneapolis police did teach officers to deal with “excited delirium” when the defendants were trained. A statement from Minneapolis interim Chief Amelia Huffman, said the term is no longer used in the department.

Defense attorneys have also questioned the adequacy of training at the Minneapolis Police Department, arguing that policies like “duty to intervene” weren’t explained well and that there were low standards for field training officers who were paired with inexperienced officers.

The first full week in court included testimony by first responders and bystanders who witnessed his killing.

Jury selection in the trial started on Jan. 20. The judge has told jurors that he expects the trial to last about a month. 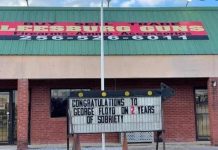 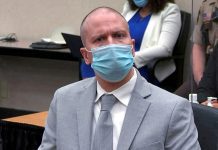