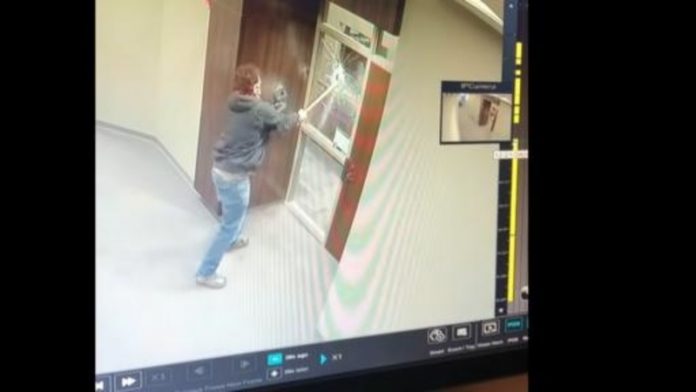 The man who is accused of vandalizing North Dakota Sen. John Hoeven’s (R) office in Fargo was charged with criminal mischief Thursday, December 24, 2020.

Video of the attack on the office appears to show Starks walking up a set of stairs to a door carrying an ax and then smashing an office window before walking away.

Alex Finken, a spokesperson for Hoeven, told The Hill on Wednesday that staff discovered the vandalism on Monday morning.

“We reported it and appreciate the dedicated work of our law enforcement,” Finken said.