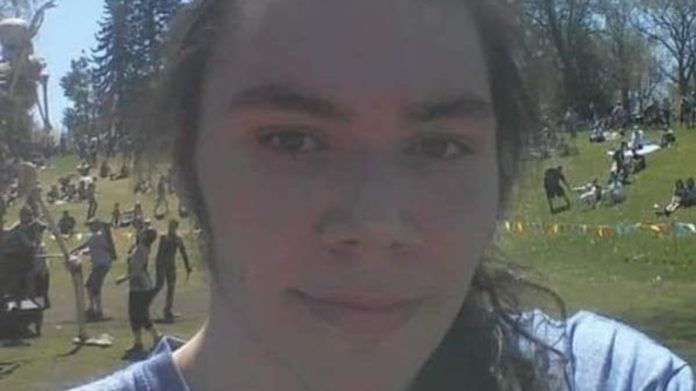 Kim Potter, the senior officer who shot Daunte Wright, a 20-year-old Black man, was also involved in instructing police after the fatal shooting of Kobe Dimock-Heisler in 2019.

Potter has since been placed on administrative leave from the Brooklyn Center Police Department after shooting Wright following a traffic stop in Minneapolis on Sunday, April 11.

Officers stopped Wright for a traffic violation but then learned he had an outstanding warrant for his arrest. The 20-year-old reportedly attempted to re-enter his vehicle, prompting Potter to fire her weapon, which struck Wright, who was pronounced dead at the scene.

Brooklyn Center Police Chief Tim Gannon described the shooting as “an accidental discharge,” and said she had meant to fire a Taser, not a handgun.

Potter, a 26-year veteran of the force and president of the Brooklyn Center Police Department’s police union, has represented other officers involved in deadly shootings and was among the first to arrive at the scene of another officer-involved shooting in August 2019.

Kobe Dimock-Heisler, 21, was shot six times by Brooklyn Center officers after he lunged at police with a knife during a domestic disturbance call.

Dimock-Heisler, who was on the autism spectrum, had been in an argument with his grandparents earlier that day, wielding a hammer and a knife after an altercation at a Wendy’s restaurant.

When police responded to the home, Dimock-Heisler was unarmed and the situation had “calmed down” but officers explained they were required to go into the house to “assess the situation,” according to a report from the Hennepin County Attorney’s Office.

The 21-year-old “sprang from his chair, grabbed a knife and attempted to stab one of the officers”, the report reads. “Three officers fired their Tasers, with no effect. Then, and only then, did they fire their guns.”

Potter was among one of the first officers to arrive, advising the other officers during the early stages of the investigation, and was present when one officer gave his statement.

“As she arrived, officers were still securing the scene so that Mr. Dimock-Heisler could receive medical treatment,” a separate 2020 report from the Hennepin County Attorney’s Office read. “Officer Potter instructed Officers Turner and Akers to exit the residence, get into separate squad cars, turn off their body-worn cameras, and to not talk to each other.”

The report continued: “Once EMTs arrived, at the direction of Officer Kim Potter, Officer Akers went outside, sat in his squad car, and deactivated his body-worn camera.”

A subsequent review by County Attorney Mike Freeman found the officers “satisfied the conditions in Minnesota law because it was necessary to protect themselves and their partners from apparent death or great bodily harm” and were “justified in resorting to deadly force.” No charges were ever filed in the case.

The Brooklyn Center Police Department has stood behind Potter since Sunday’s shooting, describing the incident as “an accidental discharge” at a news conference on Monday.

Authorities released body camera footage that showed Potter shouting at Wright as officers tried to arrest him. “Taser! Taser! Taser!” she can be heard saying, as she draws her weapon when Wright gets behind the wheel of his vehicle.

After firing a single shot from her gun, she is heard saying: “Holy sh**! I just shot him.”

“As I watched the video and listened to the officer’s commands, it is my belief that the officer had the intention to deploy their Taser, but instead shot Mr. Wright with a single bullet,” Brooklyn Center Police Chief Tim Gannon said. “From what I viewed and the officer’s reaction in distress immediately after that, this was an accidental discharge that resulted in the tragic death of Mr. Wright.”

However, others have called for Potter’s position in the force to be terminated and raised doubts about how a 26-year police veteran could mistake a handgun for a Taser.

Brooklyn Center Mayor Mike Elliott is among those who believe Potter’s position should be terminated.

“My position is that we cannot afford to make mistakes that lead to the loss of life of other people in our profession,” he said at a news conference on Monday. “And so I do fully support releasing the officer of her duties.” 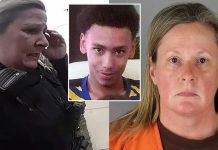 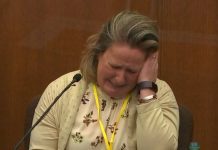 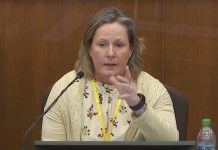 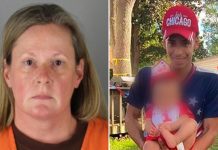 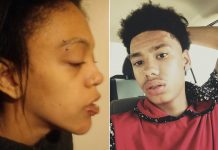 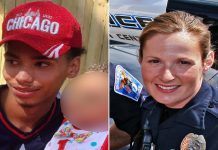