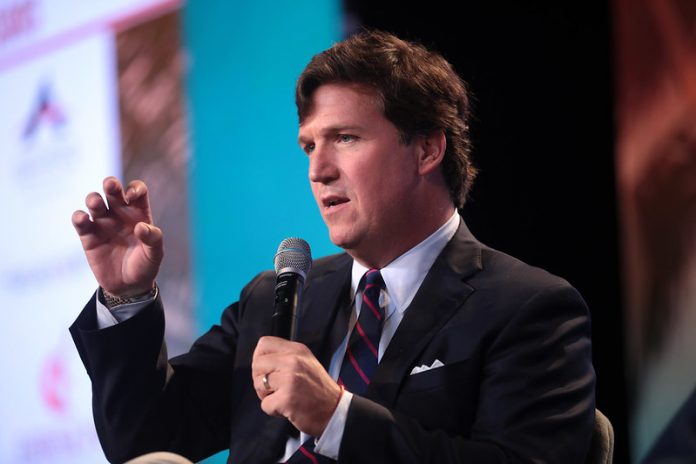 Karen McDougal is suing Fox News for slander after Tucker Carlson invoked her situation in an effort to downplay Donald Trump’s Ukraine issues.

McDougal is the former Playboy model who received money from National Enquirer to keep quiet about her alleged affair with Trump. She got out of the hush deal in a settlement with the parent company of National Enquirer, which later admitted to illegal campaign contributions.

On December 10, 2018 episode of ‘Tucker Carlson Tonight’, the host presented what had occurred differently.

In McDougal’s complaint, filed on December 4 in New York state court, the plaintiff attacks Carlson’s suggestion that she approached Trump with threats: “This statement is completely untrue and was made knowing it was untrue and with reckless disregard for the truth.”

Carlson seemingly was attempting to undercut the seriousness of allegations that Trump had committed extortion in Ukraine. At the moment, Trump appears headed towards impeachment after allegedly demanding that Ukraine announce an investigation into his political opponent (Joe Biden and his son) in return for military aid.

On the Dec. 10 show, Carlson analogized the “extortion” over the Trump affairs to what lawmakers are fussing about today.

After saying that the demands from the women “sound[ed] like a classic case of extortion,” for which Trump had “cave[d],” Carlson added, “Now, more than two years later, Trump is a felon for doing this. It doesn’t seem to make any sense. Oh, but you’re not a federal prosecutor on a political mission. If you were a federal prosecutor on a political mission, you would construe those extortion payments as campaign contributions.”

The suit notes that McDougal “never approached Trump and threatened to ruin his career or humiliate his family if he did not give her money.”

A spokesperson for the network released a statement saying, “Fox News will vigorously defend Tucker Carlson against these meritless claims.”