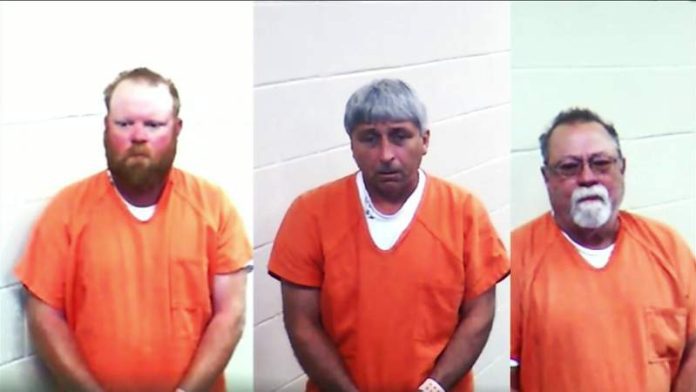 Jury selection begins Monday for the trial of three men charged with chasing and killing Ahmaud Arbery in February 2020. According to Glynn County Superior Court Clerk Ronald Adams, it could take two weeks or longer to pick a jury of 12 men and women to hear the case that has drawn national attention.

More than 1,000 Glynn County residents were mailed a summons to be in the jury pool. A large number of potential jurors reflects the challenges the court faces in finding impartial jurors.

On trial are Greg and Travis McMichael, a father and son, who chased Arbery in a pickup truck with weapons while the Arbery jogged through their neighborhood. Their neighbor, William “Roddie” Bryan, is also accused of murder. He recorded cellphone video of the end of the chase through the Satilla Shores neighborhood, off U.S. 17 south of Brunswick.

Travis McMichael shot Arbery with a shotgun. Greg McMichael told police his that son shot Arbery in self-defense after Arbery used his fists to attack. Attorneys for the defendants claim they are innocent, although the video seems to show Arbery attempting to run away until the first shot was fired.

Greg McMichael told police they thought Arbery looked like a man suspected of break-ins in the area and said Arbery was shot during what they described as a citizens’ arrest.

The Brunswick News obtained documents through a public records request showing there had been just one burglary in the neighborhood in the two months before Arbery was killed — a handgun reported stolen from an unlocked truck parked outside Travis McMichael’s house.

The three defendants weren’t arrested until months after the shooting after a cellphone video showing Travis McMichael shooting Arbery at close range was released by a South Georgia radio station. The video shows Arbery running along a residential road when he encounters a white pickup truck with a man standing beside the open driver side door. Another man is standing in the truck bed. Arbery briefly moves out of the camera frame, and then shouting and a shotgun blast are heard. Next, Arbery and the man standing beside the truck door are seen in a tussle.

The McMichael father and son and were charged with murder for Arbery’s death days after the video became public. Bryan was arrested weeks later on related charges.

All three men say they are not guilty. Arbery’s family saying otherwise.

Thea Brooks, one of Arbery’s aunts, saw the video and was inspired to march.

“I left work a few minutes early and I pressed play on the video and my heart was in shambles,” Brooks said. “I knew right then that I was right all along that he didn’t do what they said he did.”

Brooks has mixed feelings about the trial starting Monday.

“It’s scary because you don’t know what to expect but then you are anxious because you are ready to get it over with and hope and pray that everything you worked so hard for over this year is not in vain and that you get the justice you’re looking for,” Brooks said.

According to Brooks, at least 25 civic organizations will be in Brunswick in solidarity with the Arbery family and community. That includes local NAACP President Sharon Lee.

“The trial is here. It was … a long time coming,” Lee said. “We would like to believe that justice is going to be served if there is truth. Good things come to those who wait. We hope that will be the outcome.”

Attorney John Holzbaur, who is not affiliated with the case, said that between the racial issues involved and the video of Arbery’s shooting going viral, it should be possible to hold a fair trial in Georgia.

“I think the judge … has a really big challenge here and I hope that, I trust that all entities are going to cooperate,” said Holzbaur of Reep Law. “Because this is going to cause a lot of emotions to come back. It’s been a year and a half. It’s going to be a challenge for the city of Brunswick, too. “I’m confident they are going to pull it off.”

It’s not known how many people will travel to see this trial, but they’ll be watching from outside because only people affiliated with the case and pool reporters and photographers will be allowed in the courtoom.

Brooks hopes no one causes any trouble while the trial takes place.

“Whatever you do when you come out here, just do whatever (you) have done since the beginning: Do everything in decency and order,” Brooks said. “And whatever you do, make sure it’s peaceful because we don’t want to jeopardize anything that could affect Ahmaud getting justice.”

The trial is expected to last three weeks.