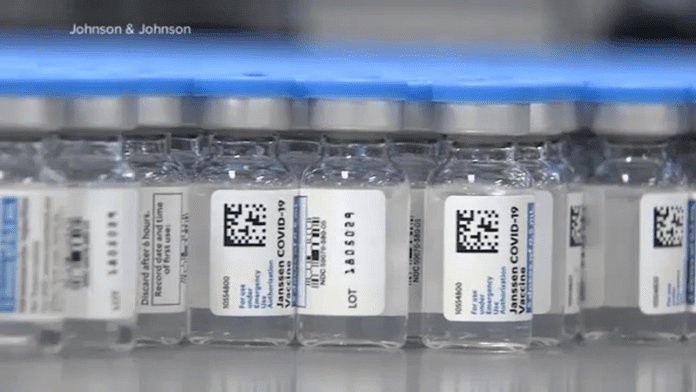 The Johnson & Johnson vaccine is being rolled out in the United States after it became the third COVID-19 shot to receive emergency use authorization (EUA) from the Food and Drug Administration (FDA) last week.

According to data from a global Phase III clinical trial reviewed by the FDA, the vaccine has an overall efficacy of 66 percent against moderate to severe COVID-19 four weeks after vaccination. Efficacy was consistent across all age groups.

The trial, which involved 44,000 people, was conducted in eight countries across three continents, with 34 percent of the participants aged over 60.

The efficacy of the vaccine appeared to differ depending on where the trial was being conducted. In the U.S., for example, efficacy against moderate to severe COVID-19 four weeks after the shot was 72 percent.

But in South Africa—where more than 90 percent of COVID-19 cases were caused by the more transmissible 501Y.V2 variant of concern—efficacy against moderate to severe disease was 64 percent, according to documents published by the FDA.

Notably, the overall efficacy against severe disease across all countries and ages was 85 percent, with the shot demonstrating high levels of protection against COVID-19 hospitalization and death.

In fact, no one who got COVID-19 at least four weeks after receiving the vaccine died or had to be hospitalized.

While the vaccine has a lower headline efficacy figure than the Pfizer and Moderna shots, experts say comparing these numbers can be misleading because the clinical trials were conducted in different places at different times.

For example, the Johnson & Johnson vaccine was tested more recently than the other two, with the trial involving participants from Brazil and South Africa where new variants of concern were circulating widely.

Houston Methodist Hospital vaccine expert Henry Dirk Sostman told Newsweek: “Quoting headline numbers out of context does the public a disservice. The J&J vaccine has lower efficacy for preventing any symptomatic disease, but it is comparable to the other vaccines for preventing serious disease, keeping people out of the hospital, and keeping people from dying. People should get the first vaccine they are offered, no matter who makes it.”

Early evidence also suggests that the vaccine might also provide protection against asymptomatic infection, although more research is needed to confirm this.

How safe is the vaccine and what are the side effects?

The most commonly reported side effects by trial participants were pain, redness of the skin, and swelling at the injection site, as well as headache, fatigue, muscle aches, nausea, and fever.

Data from clinical trials showed that side effects were common within seven days of getting vaccinated but were mostly mild to moderate. They were more common in people aged 18 to 59 years old than they were in those aged 60 or older.

According to the FDA, there is a “remote chance” the vaccine could cause a severe allergic reaction, which would occur within a few minutes to one hour after receiving a dose.

What is the availability of the vaccine?

Johnson & Johnson began shipping nearly four million doses of its newly authorized vaccine across the country this week, with some doses already making their way into the arms of Americans.